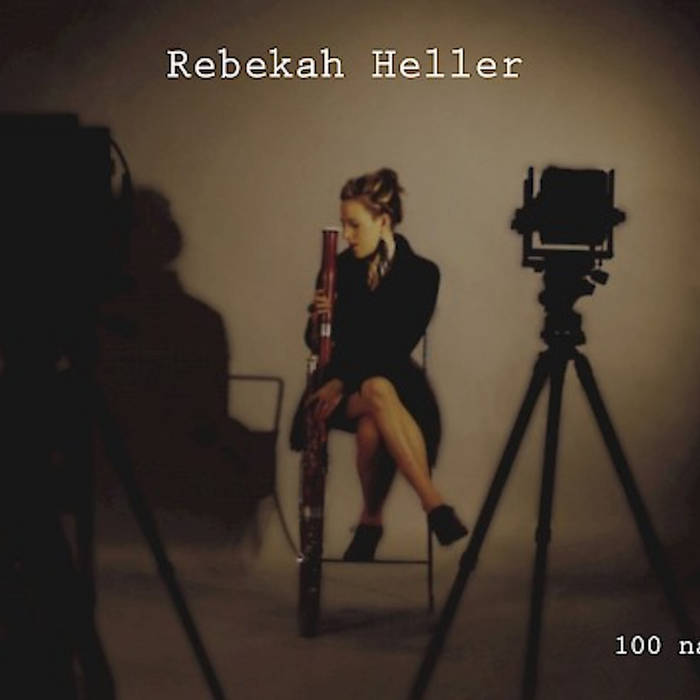 Praised for her “flair” and “deftly illuminated” performances by The New York Times, bassoonist Rebekah Heller is a uniquely dynamic chamber, orchestral and solo musician. Equally comfortable playing established classical works and the newest of new music, Rebekah is a fiercely passionate advocate for the bassoon. Called an "impressive solo bassoonist" by The New Yorker, she is tirelessly committed to collaborating with composers to expand the modern repertoire for the instrument.

As a member of the renowned International Contemporary Ensemble (ICE), Rebekah has played concerts all over the world. She has been a featured soloist with the Seattle Symphony Orchestra, and has played solo works in cities both near and far - including São Paolo, Rio, Paris, Berlin, Köln, Chicago, New York, Boston, Minneapolis, and many more.

Before moving to New York, Rebekah completed a one-year appointment as Principal Bassoonist of the Jacksonville Symphony and has served as Principal Bassoonist with the Atlanta Opera Orchestra, and the Utah Festival Opera.
From 2005-2008, Rebekah was a member of the New World Symphony in Miami Beach, Florida. During her time there, she worked with some of today's most innovative and electrifying musical minds, including Michael Tilson Thomas, Robert Spano, Marin Alsop, Oliver Knussen, Yo-Yo Ma and Christian Tetzlaff.