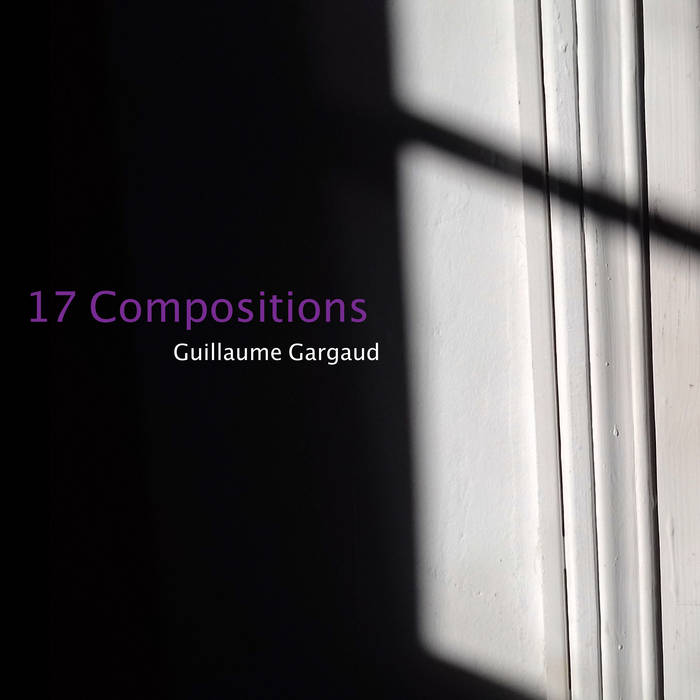 French composer and guitarist Guillaume Gargaud releases 17 Compositions, a compilation of acoustic guitar works that are framed by pitch and intervallic restrictions. Gargaud has systematically liberated himself from the constraints of his background in a straight ahead jazz vocabulary, while integrating influences from Messiaen to Webern to Cecil Taylor. His intuitive approach to seeking out different sources of inspiration has allowed him to cultivate a uniquely expressive voice.

French guitarist, improviser, and composer Guillaume Gargaud is a restless musician, exploring many different corners of the avant garde and mining them for essential components that he can then integrate into his unique and powerfully expressive musical voice. On his 2011 release, Lost Sounds, we hear music for layered guitars and electronics, painting a maximalist soundscape. On 17 Compositions, Gargaud strips the texture down, presenting an austere twenty seven minute collection of linked works for solo steel string guitar that excavate the space between improvisation and cultivated notated work.

In a sense, 17 Compositions can be understood as an exercise to identify and then codify improvisational tendencies. Gargaud analyzed his improvisations to discern his “obsessions”, as he calls them, and then established constraints on his playing to try and focus the intention of the works. By choosing a pitch language that prioritizes dissonant intervals, Gargaud created a unified vocabulary for all of the pieces in the project, while establishing contrast through textural, gestural, and rhythmic means. For instance, on I, we hear angular arpeggiations played freely in irregular groupings of the pulse. On III and IV, the focus is on overringining sonorities and harmonics, while VIII introduces the evocative timbre of the string bend and X integrates those bends with quick flourishes, glissandi, and trills. The final composition, XVII, is written with perhaps the most conventional texture, a mournful chord solo that features more triadic material than the previous tracks, and reads as a farewell coda to the intimate space that the previous 16 short compositions have established.

This is music that asks to be listened to with focus and attention – the contrasts Gargaud establishes between the compositions are subtle, intended to draw us in. The entire set unfolds as a meditation on the melodic and harmonic vocabulary Gargaud has set up, reinforced by a phrasing approach that is not wedded to steady pulse, preferring instead to treat each gesture as a gem to be investigated on its own terms. While the genesis of 17 Compositions may have been quasi-didactic (an analysis and conscious manipulation of improvisational habits), the result is deeply personal and expressive, a retreat to essential components of music making.

Recorded and mixed during May 2020 at Le Havre Studio, France