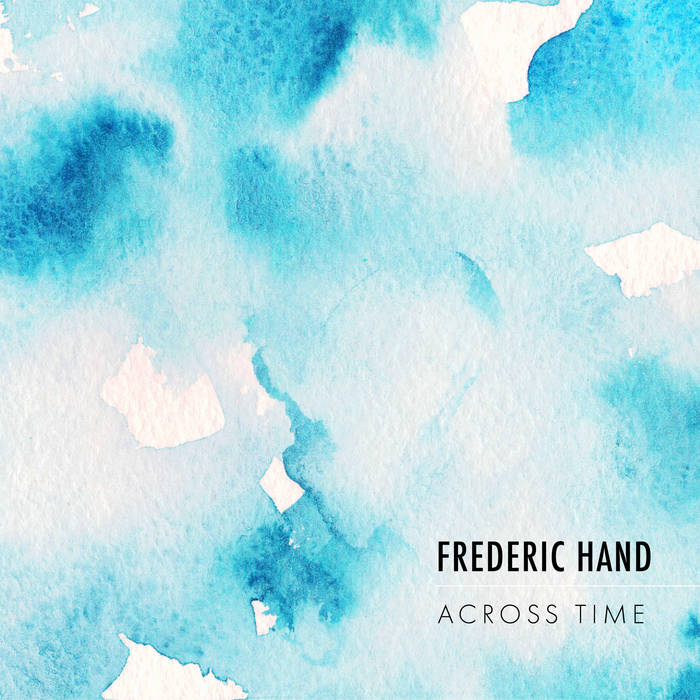 Guitarist/composer Frederic Hand's Across Time is an album of original compositions composed over several decades that draws its inspiration from diverse traditions and musical languages. Including vocal settings of texts by William Shakespeare and the Italian philosopher Marsilio Ficino alongside Hand's characteristically eclectic solo guitar compositions, including the re-release of two of his early works Trilogy and Late One Night, this new collection will appeal to fans of guitar music that reaches out to various sources of inspiration.

Guitarist and composer Frederic Hand releases his third recording with New Focus, this time on the newly minted ReEntrant imprint focusing on guitar recordings. Hand stands out among guitarists of his generation for the breadth and depth of his activity — he was appointed the guitarist for the Metropolitan Opera in 1984, has appeared at many prominent festivals, and his compositions have been performed and recorded by major guitar soloists and ensembles, as well as on film and television. Across Time is a compendium of Hand’s work spanning 35 years and demonstrating both the evolution of his eclectic compositional style as well as consistent elements of his artistic voice.

The opening two tracks on the recording are the only works included that are dedicated to other guitarists, João Luiz and Federico Díaz respectively, but both are heard here in performances by Hand. Renewal is a pandemic era composition, traversing through a range of emotions. Opening with introspective harmonics and a poignant melody, the work travels through an unsettled samba, becoming increasingly agitated before a guardedly optimistic light shines through. Argentine guitarist Federico Díaz is a scholar and advocate for the music of Piazzolla, and Hand tapped into his specialized performance practice for Ballade for Astor Piazzolla. The work is characterized by the melancholy expressivity of tango blended with rich harmonic choices, reflective of Piazzolla’s influence as well as Hand’s characteristic polystylism. The Passionate Pilgrim switches gears, using Shakespeare and the English Renaissance as a source of inspiration. A lilting melodic figure is embellished and varied upon in the manner of Renaissance divisions.

Three accompanied songs are included in the program, featuring soprano Lesley Hand. The Poet’s Eye is from a speech in Midsummer Night’s Dream that extolls the capacity of the poet to animate elements of life, and Hand’s setting captures that sense of poetic wonder. The authorship of 1930’s poem “I am” is under dispute, either written by Mary Elizabeth Frye or Clare Harner. Hand sensitively expresses the text which describes how we live on beyond our corporeal bodies through the experiences of our loved ones. There is a Splendor sets a text by Italian Renaissance scholar Marsilio Ficino about spiritual enlightenment. As in the other songs, Hand demonstrates his deference to the text, allowing it to lead the texture and finding coloristic ways to support shades of semantic meaning.

Developed from ideas that emerged from an improvisation, Romantic Etude is a flowing work in three that evokes the gliding lyricism of Antonio Lauro. Waltz for Maurice is inspired by Maurice Ravel, specifically the middle movement of his Piano Concerto in G major. Hand’s voicings reflect the sensuality of Ravel’s chordal palette, and the work is anchored by a simple and poignant melody.

Hand’s arrangement of Simple Gifts captures the expansive Americana spirit of the music of Aaron Copland whose Appalachian Spring made the Shaker song famous. After opening with a swift invocation of the melody with hints of bluegrass, Hand settles into a lyrical reading, with lush harmonies. The arrangement ends with a questioning coda, perhaps a nod to another of Hand’s childhood heroes, Leonard Bernstein.

Trilogy is a three movement work written in 1977 and is reflective of Hand’s fascination with the modern jazz of the time. The flowing first movement, “Moderato,” revels in harmonic corners and detours into quartal harmony and pointed rhythmic material. A pedal point ostinato provides the foundation for a polytonal episode. “Gently” reflects the influence of Bill Evans and Miles Davis, bringing to mind iconic songs like Davis’ Blue in Green. “Allegro” is dynamic, driven by energized, repeated rhythmic cells. A contrasting middle section hearkens back to the lyrical previous movements before a walking bass figure ushers a return to the driving material of the opening and a rousing finish. Like Trilogy, Late One Night was composed in 1977 and reflects the influence of the jazz of that time on Hand’s music. Like nylon string jazz guitarist Gene Bertoncini, Hand takes advantage of the resonance of open strings in his chordal vocabulary.

Across Time closes with Cooper Lake, a sentimental portrait of a location near Hand’s home in Woodstock, NY, and the only track on the recording performed on steel string guitar. Despite the different string composition, the musical composition is vintage Hand, beautifully lyrical, with heartfelt harmonies and a disarming earnestness.

Trilogy and Late One Night were recorded at the American Academy of Arts and Letters in New York City, September, 1982
Recording engineer and editor: Judith Sherman; Produced by Judith Sherman

All compositions by Frederic Hand, ASCAP