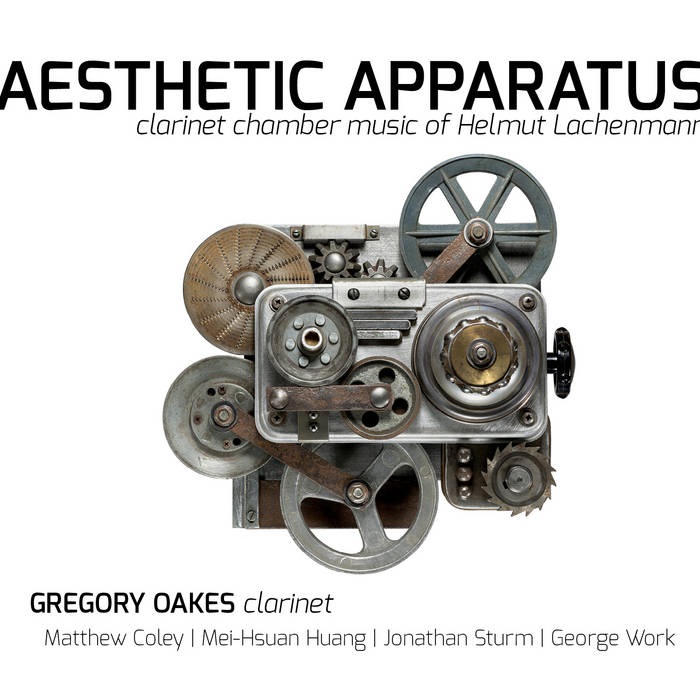 As much as any living musical figure, German composer Helmut Lachenmann has shaped the landscape of contemporary composition. Through the practice he calls Musique Concrète Instrumentale, Lachenmann has exploded the vocabulary and timbral palette for instrumental performance, and has invited a whole generation of composers to follow in his footsteps to fascinating effect. Of particular importance to Lachenmann’s process is the creation of sounds and timbres for specific pieces — in this way, he avoids the pitfalls of cliché textures and always employs extended techniques in the service of a focused expressive goal.
Gregory Oakes’ recording of his complete chamber music for clarinet is an ideal window into these aspects of Lachenmann’s work. The title of the opening work on the disc, Dal Niente, translates from the Italian as “from nothing” but is also a musical term that calls for the player to begin from silence and emerge ever so subtly. Lachenmann finds myriad ways to explore the musical boundaries of audibility and to extend the sonic palette of the instrument to include variations in breathing sounds and key clicks. In this way, Lachenmann’s interpretation of “from nothing” extends to the creative process of compositional discovery itself, and the blank slate approach to the clarinet as object that he uses to unearth new sounds.
Read Less
The rarely heard Trio Fluido for clarinet, viola, and percussion opens more traditionally, with hybrid ensemble timbres resulting from triggered rhythmic interactions between the three instruments. As the piece unfolds, Lachenmann turns his attention to less conventional sounds such as the sound of the wood of a mallet playing a glissando on the bars of the marimba, slap tongues in the clarinet, and wispy harmonics in the viola.
In the final, longest work on this recording, Allegro Sostenuto, Lachenmann sustains large scale structural activity beneath the surface of music that alternates between dense and sparse moments. Similarly to Dal Niente, his title communicates layers of meaning, as the conventional Italian musical meaning of allegro sostenuto, “fast and sustained”, here manifests itself in an energy and pace of pulse that often lies beneath the heard surface. This wonderfully performed recording by Oakes and his colleagues gives a wide view of Lachenmann’s chamber music writing from his thirties into his fifties.
From the austere sonic exploration of the solo work, Dal Niente, the evolution from traditional chamber textures towards unorthodox playing techniques in the rarely heard Trio Fluido, and the expansive structural shapes of Allegro Sostenuto, we hear a composer who is never content with operating within a predetermined compositional status quo. This quality, combined with the refinement he embeds in his experimentation, is what has inspired and left such an indelible mark on the next generation of composers, and what gives his music such communicative power even at its most avant-garde.