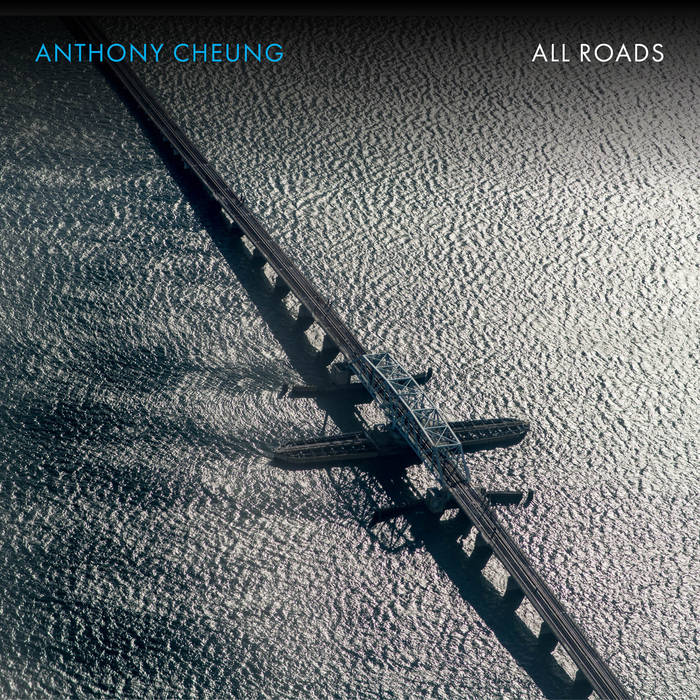 Composer Anthony Cheung releases All Roads, a follow up to FCR215 Cycles and Arrows. Featuring performances by the Escher Quartet, violinist Miranda Cuckson, soprano Paulina Swierczek, and pianists Jacob Greenberg, Gilles Vonsattel, and Cheung himself, All Roads encapsulates Cheung's penchant for drawing on broad sources of inspiration and filtering them through an incisive and discriminating compositional process to produce substantial, structurally airtight works.

​​There is a rich continuum of possibility when a composer references a pre-existing piece in a new composition. One can present the material literally, as in a set of variations, or one can subsume it entirely, using it as an unseen point of contact for the generation of material for the piece. On All Roads for piano and string quartet, Anthony Cheung leans towards the more obscured end of the spectrum as he uses Billy Strayhorn’s poignant Lotus Blossom as a muse and a structural guide for the piece. The result is an infusion of sorts - the melodic and harmonic components of Strayhorn’s iconic song have seeped into Cheung’s composition, traced obliquely into momentary gestural contours and echoed in strains of distant memory. The pervasive melancholy in Strayhorn’s original work is at the essence of All Roads, as heard in the searching quality of the opening movement and the subsequent “detours.” But Cheung also pushes against its expressive edges, exploring which emotional corners the material will allow him to inhabit, such as the accumulating dialogue of swells in “Forking Paths,” the restless figuration in “Estuary,” and the insistent angularity of the final movement, “Convergence.”

Elective Memory for violin and piano also has a pre-existing piece as its source of inspiration, Beethoven’s Sonata op. 96. With the clever title (a composite of “selective memory” and Goethe’s concept of “elective affinity”), Cheung also alludes to the bond between the composer and iconic Romantic poet that culminated in a series of meetings in 1812, the same year op. 96 was written. He embeds flashes of material from op. 96 into the work, allowing them to evolve in dialogue both between the violin and piano as well as with various elected affinities of his own, notably an earlier violin sonata he wrote at age 18. The result is a work that, despite direct references to op. 96, embodies Goethe’s ruminative character more than the heroic teleology commonly associated with Beethoven’s middle period.

The nature of translation and its capacity to generate a palimpsest of meaning lies at the heart of All Thorn, but cousin to your rose, a setting of texts by Vladimir Nabokov, Alexander Pushkin, Edgar Allan Poe, and…Google Translate. Initially, Cheung planned to feed texts through Google Translate and set the resultant text, playing a modern game of telephone shaped by Big Tech. But he stumbled upon a polemical essay on translation by Nabokov, a topic that became a point of fixation for the Russian author. Nabokov’s investigation into the shades of diligence and authenticity in translation, and his subsequent efforts in the medium, provide a rich source of text material for a multifarious vocal part, navigating between speech, sprechstimme, wordless vocalization, and conventional singing. Cheung did not entirely abandon his initial idea of co-opting Google Translate however. In the opening movement some of the text is the product of feeding a Shakespeare couplet into the algorithmic tool, translating it into multiple languages, and then back into English. The result is not unlike Cheung’s progressive transformation of Strayhorn’s Lotus Blossom, as it inherits increasing degrees of distance from the original that Cheung sets with sensitivity and wry humor.

Indeed, translation emerges as a conceptual through line on the album. From the wisps of subconscious remembrance in All Roads to the response to Beethoven’s op. 96 in Elective Memory to the meta examination of reinterpretation itself in All Thorn, Cheung is fascinated with the subtle shifts in phenomena that happen through revisitation and recollection, using music as a metaphor to draw our attention to a process that is constantly happening all around us in big ways and small.

Assistant Producer (All thorn, but cousin to your rose): Jacob Greenberg

This project is supported by a grant from the Alice M. Ditson Fund of Columbia University, with additional funds from the University of Chicago and Brown University

Program Notes by Anthony Cheung and Matthew Mendez (All thorn, but cousin to your rose)