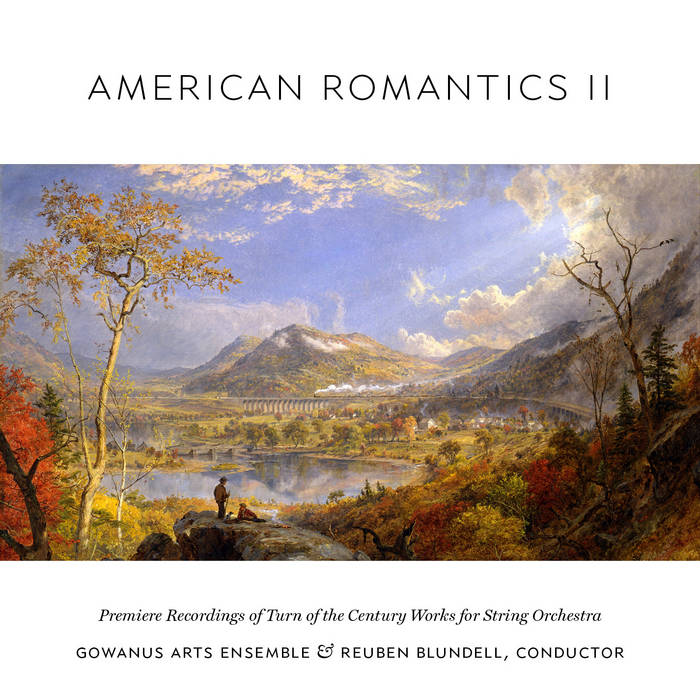 These world-premiere recordings are the second in conductor Reuben Blundell’s series promoting music by American composers, from the rich but underrepresented (at least in performance) music of the late 19th and 20th century. Some of these composers were born in America. Others, from Denmark, France, Germany, Great Britain, and the Netherlands, joined and influenced the musical life of their adopted country. Beyond these string orchestra works lie tantalizing, and mostly obscured, catalogs of compositions including operas, tone poems, symphonies, chamber music and songs.

Blundell unearthed these pieces from the rich troves of the Edwin A. Fleisher Collection of Orchestral Music at the Free Library of Philadelphia. The Fleisher Collection is the world’s largest lending library of orchestral performance material, lending to performing organizations worldwide. Alongside virtually the entire standard repertoire, it houses many rare and out-of-print works, with a current collection of over 22,000 titles and growing. Among them are two warm arrangements of iconic Stephen Foster songs by Kansas City based, Czech born Carl Busch and an extended Theme and Variations by Arthur Foote, who, among other distinctions, holds the honor of being the first recipient of a graduate degree in composition in the United States. The album’s program is balanced between natives of the United States (Foote, George Whitfield Chadwick, Ethelbert Nevin, Edgar Stillman Kelley, Arthur Bird, Charles Wakefield Cadman) and Europeans who became U.S. immigrants (Busch, Félix Borowski, Paul Miersch, Martinus van Gelder, Bernardus Boekelman, and Louis Lombard). In this way, these works are an ideal snapshot of the nascent musical community in the United States at the turn of the century — a moment in time that witnessed the gradual emergence of what flowered later into a rich American compositional tradition, through the different strains of Horatio Parker, Charles Ives, Aaron Copland, and eventually John Cage, Morton Feldman, Ruth Crawford Seeger, Lou Harrison, Ben Johnston, and countless others.