An Atlas of Time 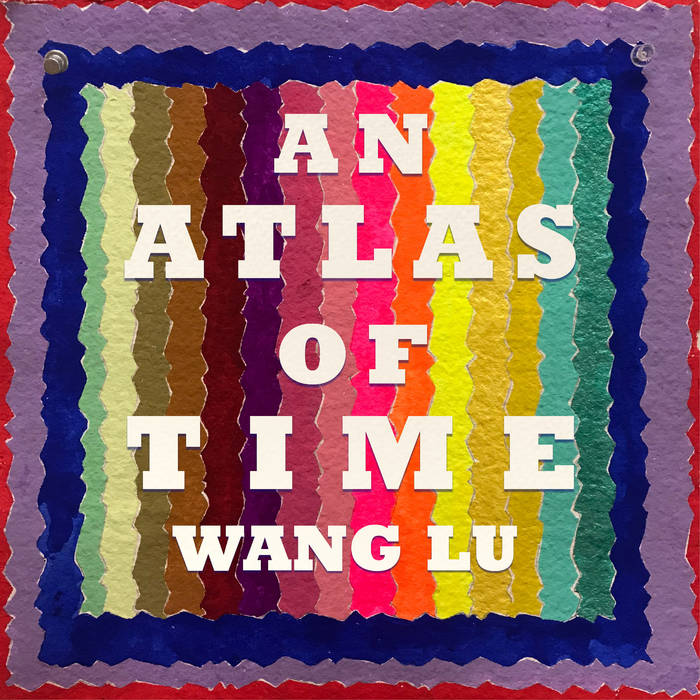 Wang Lu’s second release on New Focus, An Atlas of Time, embodies the intersection in her work between memory and collage. Like many foreign born composers living in the United States, Wang Lu draws on the sonic materials of her native country. But her approach emphasizes personal recollection over formal engagement with traditional music, turning the listener's attention away from a consciously curated dichotomy and towards her genuine and unique perspective. The result is a cartography of her own lived experience that shows up in found sounds, gestures that mimic speech patterns, and musical metaphors that capture the perspective of an artist who straddles different cultures.

The title work was commissioned by Frankfurt based Ensemble Modern and is heard here in a studio recording by the Boston Modern Orchestra Project. The five movement piece is exuberant and colorful and integrates electronics into the fabric of the pieces as a tool of evocation. In the opening movement, “Internationale (1989 Edition),” Wang Lu disorients the listener’s sense of space, interrupting clangorous phrases marked by ringing brake drums and urgent descending glissandi with static pre-recorded materials and creaky techniques in the strings. Fragments of processed recordings of the socialist anthem Internationale in several languages are woven into the ensemble texture throughout the movement. “Molten Cathedral” features frightful, towering chords over a pedal point in the bass; vibrato laden violins play unsettling lines in the upper register before the sound of church bells closes the movement. At the beginning of the third movement, “Piccolo Trumpets: A Children’s Broadcast,” we hear a sample of a child singing a melody from the opening credits to a children’s show. Wang Lu proceeds to transcribe and develop this motive throughout the ensemble, distorting it and transforming its character from innocent and playful to increasingly enigmatic, a subtle commentary on the propagandistic nature of the show. “Caravaggio’s Descent” paints a murky scene, a steady dissolution of character represented by slow dripping pizzicato gestures; two keyboards in different microtonal tunings alternate chords for a surreal ending. The final movement, “Tombeau,” features overlapping fanfare-like figures in the brass before rumbling chords in the low winds and strings join to create a dense, cathartic close.

The saxophone and electric guitar duo, Ryan and Dan, titled after its dedicatees (saxophonist Ryan Muncy and guitarist Dan Lippel), is atmospheric and environmental. Several strings on the guitar are detuned microtonally and the part calls for a saturation of reverb. The result is that over ringing sonorities and harmonics meld together into an amorphous wash, evoking the surreality of an underwater environment or a nocturnal wooded landscape. The saxophone part lives inside this sonic halo, adding subtle key clicks, trills, and swelling gestures that animate the texture. As the work evolves, recurring motifs are established — gradually the pace of the work is compressed, jumping between modular ideas and dispensing with the brief pauses that had separated them previously. Distortion in the guitar and growling saxophone multiphonics intensify the climactic section before the piece closes on an ethereal, disembodied open string guitar chord with a high harmonic, once again highlighting the microtonal tuning.

Double Trance for string quartet is inspired by Pierro della Francesca’s Umbrian fresco, Madonna del Parto, which depicts two angels alongside a pregnant Madonna. The striking image triggered another memory of Wang Lu’s — nuns singing a monophonic melody in a church in Trastevere. This melody is embedded in the ethereal texture of the piece, swimming through otherworldly harmonics, floating glissandi, and pointed pizzicato chords. Throughout Double Trance, the music breathes and sighs, an expressive manifestation of the emotional weight seen in a timeless fresco and heard in a time honored musical ritual.

Though it was written in 2017, Unbreathable Colors has taken on additional significance this year due to the coronavirus crisis. Wang Lu was struck by the untenable air pollution situation in China, a paradigm that often involves color coded warning systems, universal mask wearing, and a regular hindrance to natural behavior that bears an unsettling similarity to the predicament the world has now found itself in under the pandemic. This restricted bandwidth of activity is reflected in limitations Wang Lu has imposed on the violin, performed here by the piece's dedicatee, Miranda Cuckson. The piece largely focuses on two kinds of material: pizzicato arpeggios and plucked double stops, and delicate, bowed harmonics, both sustained and articulated in cross-string bowings. Quiet, delicate gestures are examined and considered, as if the world of the piece is playing itself out in imposed solitude. The final minutes of the work become increasingly rarefied, as the lens of the sound world becomes more and more focused.

The Boston Modern Orchestra Project is also heard on the final track of the recording, Siren Song. Like An Atlas of Time, Siren Song reflects the extroverted side of Wang Lu’s artistry. The gestural language of the work is shaped from a transliteration of the ancient dialect of Wang Lu’s hometown, Xi’an, which is characterized by registral leaps and glissando like figures that clarify the meaning of spoken phrases. The result is boisterous and conversational, as quasi-linguistic figures are traded between instrument groups, and playful melodies are contorted for dark effect.

Trevor de Brauw of RLYR and Pelican stops by for a chat, plus a tribute to the late Trevor Strnad