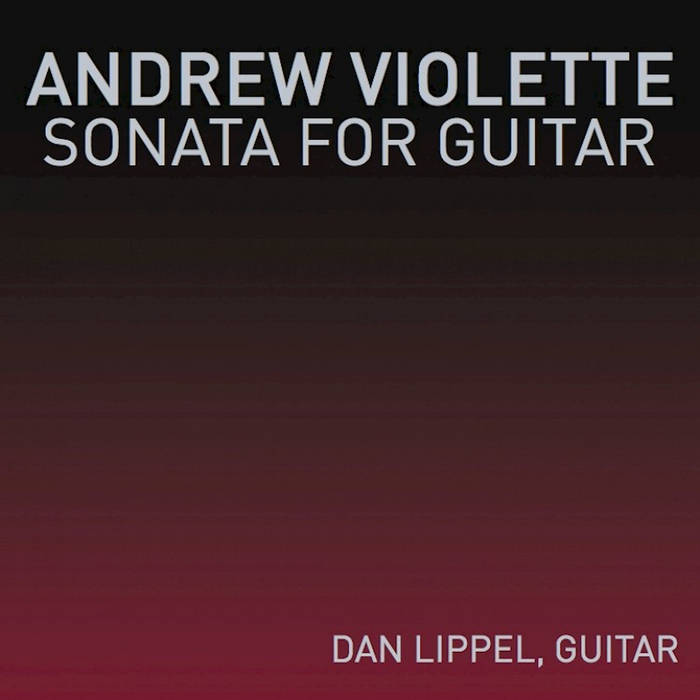 Composer, pianist, and organist Andrew Violette is a fascinating figure in New York's musical ecosystem. A former composition student of Elliott Carter and Roger Sessions and counterpoint student of Otto Luening, Violette's journey as an artist has been rich. Through his student days at Julliard steeped in post- war modernism, a period of intense multi-disciplinary collaboration in the downtown New York scene, a several years foray into Benedictine monastic practice, and his eventual return to the New York scene, Violette has constantly sought to remain true to his own instincts and unique voice. His Sonata for Guitar, written in 1997, is part of a series of works he wrote for solo, unaccompanied string instruments, including large scale works for solo violin and solo cello. All three are vast in scope and length, and represent a revisiting of fundamental musical principles from earlier musical eras, particularly from the Baroque. The Sonata for Guitar is inspired by Benjamin Britten's canonic work, Nocturnal after John Dowland op. 70, and is in six movements, all of which flow seamlessly into one another except for a break between the second movement and the third. After an expansive "Moderato" covering wide harmonic ground, the work narrows into a 25 minute "Colorfield" movement, inspired by the mid-century school of abstract American painting. The music meditates on one harmony, subtly shifting accents and syntax to produce similar lines with different semantic and metric meaning. A short and lyrical "Intermezzo" breaks the piece in half, before a three voice fugue whose quick, three note motive pays homage to the music of Joaquin Rodrigo, reminiscent as it is of castanets. The "Chaconne" that follows is the most direct reference to Britten's epic passacaglia that closes the Nocturnal, and a lilting "Lullaby" closes the hour long sonata with a similarly focused treatment of material as the "Colorfield."