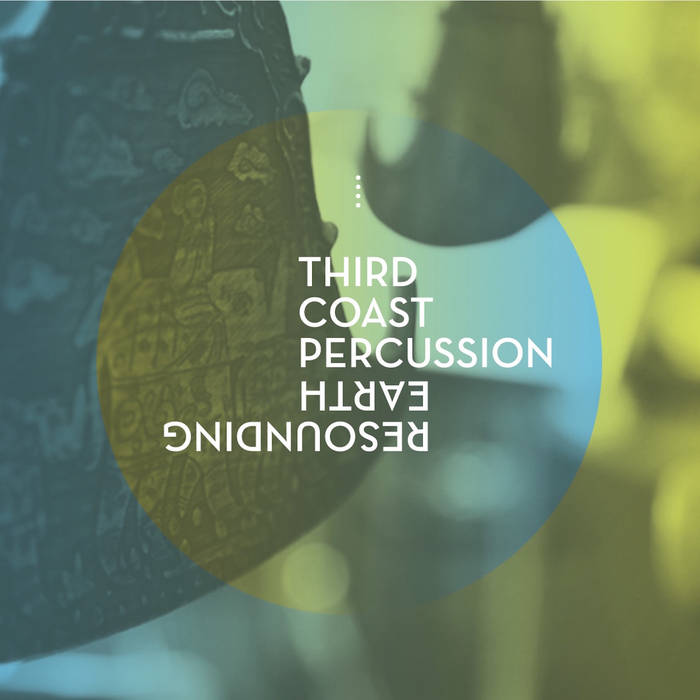 Augusta Read Thomas’ “Resounding Earth” is a work for written for the intrepid Third Coast Percussion ensemble, exploring the meditative and profound sound world of bells. An instrument that figured prominently in Thomas’ ensemble music, bells have a broad set of associations and functions in world cultures, and this piece reverently explores that range. The composer writes, “ the piece is conceived as a cultural statement celebrating interdependence and commonality across all cultures; and as a musical statement celebrating the extraordinary beauty and diversity of expression inherent in these incredible objects.” This recording is being released as a two cd set, one an audio recording and the other a high definition video recording of Third Coast’s poised performance, expertly filmed and edited by percussionist/video artist Ross Karre.

Hailed by The New Yorker as “vibrant” and “superb,” Third Coast Percussion explores and expands the extraordinary sonic possibilities of the percussion repertoire, delivering exciting performances for audiences of all kinds. Since its formation in 2005, Third Coast Percussion has gained national attention with concerts and recordings that meld the energy of rock music with the precision and nuance of classical chamber works. These “hard-grooving” musicians (New York Times) have become known for ground-breaking collaborations across a wide range of disciplines, including concerts and residency projects with engineers at the University of Notre Dame, architects at the Frank Lloyd Wright School of Architecture, astronomers at the Adler Planetarium, and more. Third Coast Percussion has been the Ensemble-in-Residence at the University of Notre Dame’s DeBartolo Performing Arts Center since 2013. Third Coast has commissioned and performed world premieres by many of today’s leading composers, including Augusta Read Thomas, Timothy Andres, Glenn Kotche, David T. Little, Marcos Balter, Ted Hearne, and ensemble member David Skidmore. Third Coast’s recent and upcoming concerts and residencies include the Ecstatic Music Festival (New York), Atlas Performing Arts Center (Washington, D.C), the University of Chicago Presents, the Museum of Modern Art (New York), the Austin Chamber Music Festival, Millennium Park “Loops and Variations,” the Kennedy Center’s Millennium Stage, and more.

Augusta Read Thomas is among the most sought after composers working today. Her music has been commissioned and performed by the world’s leading orchestras, chamber ensembles, and soloists. Thomas was Mead Composer-in-Residence with the Chicago Symphony Orchestra from 1997-2006. Her piece “Astral Canticle” was one of the two finalists for the 2007 Pulitzer Prize and “Colors of Love”, an album featuring Thomas’ work performed by Chanticleer received a Grammy Award in 2007.