Bach: The Art of Fugue 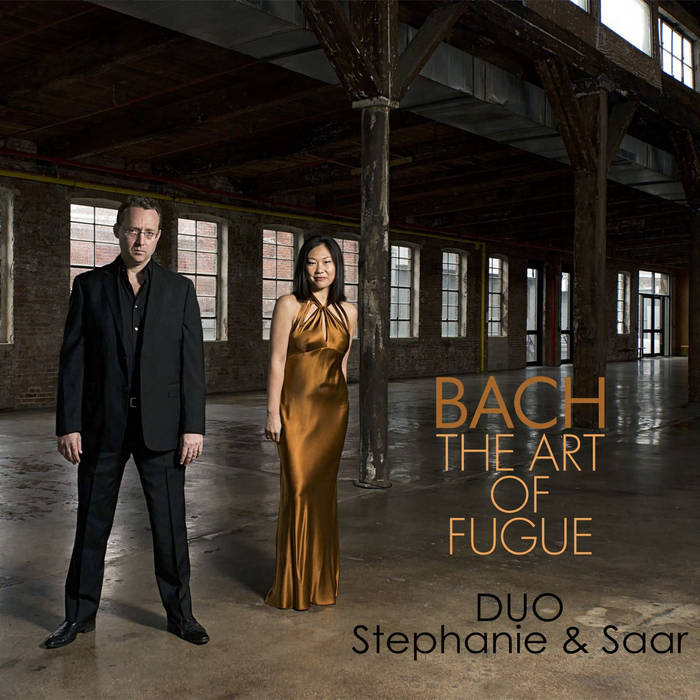 DUO Stephanie & Saar’s third release on New Focus Recordings, The Art of Fugue, is the first ever complete piano duo recording of Johann Sebastian Bach’s enigmatic final work.
Dated 1748, scholars have understood The Art of Fugue as an academic endeavor by an aging master paying tribute to the fugue, which was by then falling out of fashion. Others consider the work as a sort of “Da Vinci Code” of numerology, puzzles and musical coding. The mystery of Contrapunctus 14, notable for both the inclusion of Bach’s name as a theme and for its unfinished state, adds to the work’s mythology and cult status.
Bach found fugues to be a source of endless creativity. The Art of Fugue, a collection of fourteen fugues and four canons, is an exploration of the full spectrum of contrapuntal possibilities, all derived from one monolithic theme in D minor. From a purely technical standpoint, Bach’s compositional prowess is in full display as he employs inversion, retrograde, augmentation, diminution, multiple fugue subjects, mirroring and canonic writing - all while creating an intense and emotionally gripping musical experience.
In order to present the most dynamic range of sound possibilities, DUO Stephanie and Saar perform The Art of Fugue as four-hand, two piano and solo works.
The duo presents The Art of Fugue as a double CD comprising of two cohesive parts: CD 1: Contrapunctus 1-11 presents a gradual progression from simplicity to complexity.