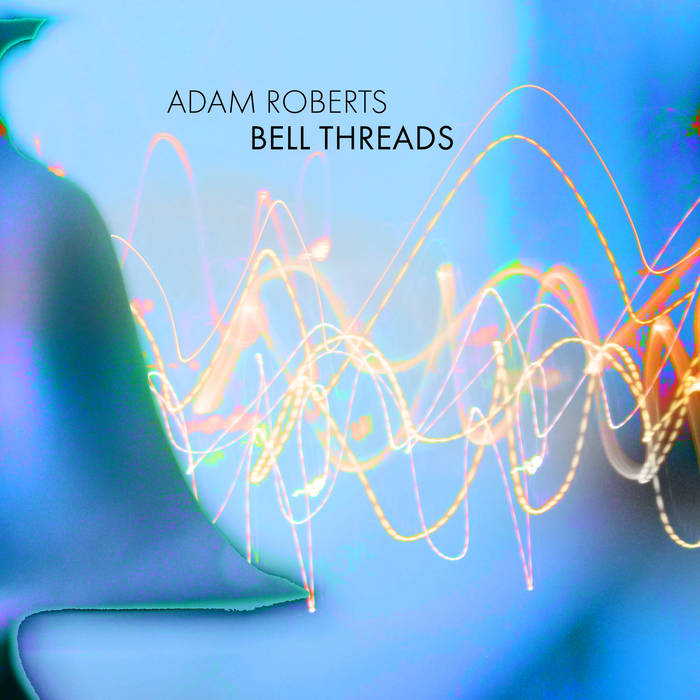 Composer Adam Roberts releases a collection of his chamber music which highlights his depth of expression, lyricism, and powerful command over structure and compositional arc. Featuring performances by andPlay, harpist Hannah Lash, Bearthoven, oboist Erik Behr, and the JACK Quartet, Roberts' music embraces a wide range of influences while integrating them into a focused frame.

The music on composer Adam Roberts’s portrait album Bell Threads is emblematic of his focused approach — he often establishes continuity in one musical parameter in order to facilitate deep investigation into another. From pitch vocabulary to timbre to structure, Roberts has a keen intuition for how to draw the listener towards one component of the musical fabric while anchoring on another. Whether or not he is developing motivic ideas or experimenting with sonic parameters, there is always a through-line present to guide the listener forward in the unfolding of the piece. Roberts balances this focus on handling material with an interest in exploring a wide range of stylistic references. The result is thoughtful music that prizes subtle moment-to-moment semantic meaning while advancing a structural narrative.

The violin and viola duo andPlay (Maya Bennardo and Hannah Levinson, respectively) is featured on two tracks on the album that explore resonance in various ways. Shift Differential opens in a quasi-spectral sonic space, with harmonic glissandi in the viola laying a foundation for an improvisatory line in the violin reminiscent of a North Indian alap, or prelude. Taut, sinewy figures between the two instruments mark a vigorous middle section before the final section returns to the original music, but with the instrumental roles reversed. Diptych was the second work Roberts wrote for andPlay, and was conceived as two opposing parts meant to be considered simultaneously as opposed to teleologically. The first engages with similar concerns to Shift Differential as the duo navigates a continuum of touch and timbre on the strings, often in relation to a fundamental pedal point. The second part opens with a quasi-didactic presentation of ascending scale patterns that tease microtonal gradations from the intervals between the two voices, before evolving into faster scalar passagework that anchors most of the rest of the movement. Bell Threads, written for Garth Knox and performed here by andPlay’s violist Hannah Levinson, establishes a duet of sorts between two registers of the viola, with fragile, plaintive high music contrasted by grounded long tones on the low C string. Again, we hear Roberts’ rich vocabulary of touch on string instruments, developed in service of an extension of the lyrical capacities of conventional playing as opposed to a collage of sounds that are disconnected from the core expression of the instrument.

Commissioned to be performed alongside Mozart’s oboe quartet, Roberts’ Oboe Quartet is the most self-consciously “classical” work on the program, with a fast-slow-fast movement organization, embedded quotations, and a conventional orchestration approach that balances the oboist against the string trio. Roberts cuts through the neoclassical frame with regular frequency. In the opening movement, the jaunty dance is sprinkled with multiphonics, sul ponticello glissandi, and overpressure in the strings. The chaconne-style cycle of the second movement explodes into a highly chromatic development that culminates in a slinking oboe solo over an earthy string groove. The final movement oscillates between vigorous additive passagework and disembodied sustained sonorities.

Happy/Angry Music for Bearthoven (piano, bass, and percussion) embraces the poly-stylistic associations of their instrumentation, opening with rhythmically propulsive material that plays with expectations set up by repetition in figuration, texture, and pitch material. Roberts finds contrast in transitional material led by delicate passages in the bass, while a middle section mines a more expansive trajectory and consonant harmonic language before returning to the angularity of the opening to close out the work.