by Music in the Barns 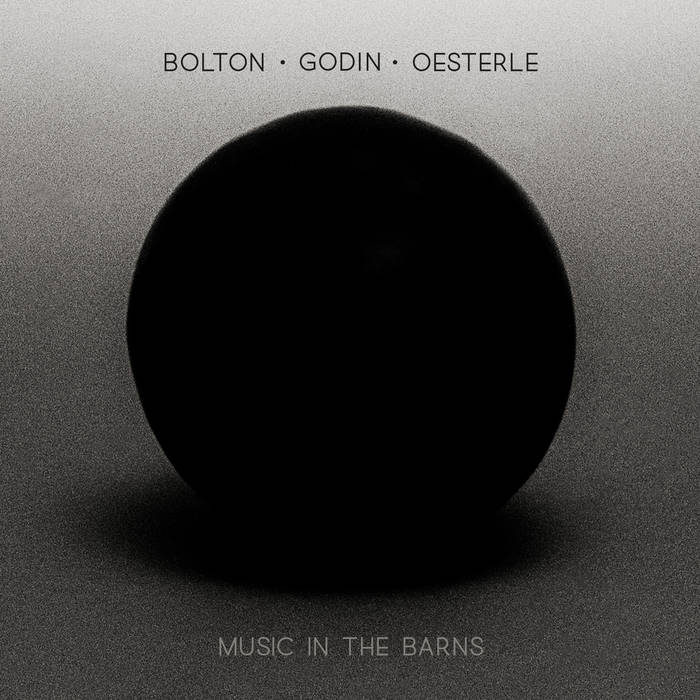 Music in the Barns’ debut recording of music by Rose Bolton, Scott Godin, and Michael Oesterle chronicles a burgeoning Canadian new music scene. These pieces demonstrate an openness to broad aesthetics and an absence of stylistic dogma. Music in the Barns began during a transitional generation when composers could absorb stylistic trends they were hearing from elsewhere and integrate them into their work in a way that was responsive to their local communities of musicians and supporters. The three works presented here were selected to represent this Canadian voice in new chamber music, and were championed by Music in the Barns from 2011 - 2015 as part of their vision to advance this voice within the international musical community.

The Coming of Sobs (2008) is the debut string quartet of acclaimed composer Rose Bolton. Championed by Music in the Barns, the material in the three-part work is focused and geared towards intensification and transformation of expressive states. The opening movement unfolds over a drone, as a lumbering chordal passage grows in intensity. The second movement establishes a similar figure as a passacaglia in the bass, coloring it above with ornamental filigree in the violins. Cathartic, towering verticalities characterize the first section of the final movement, before the intensity gives way to chords deserving of the movement’s name, “Bleak.” Bolton writes, “The Coming of Sobs was written when I was becoming increasingly drawn to exploring intense emotions in music, and less interested in my previous approach, where harmony, melody and musical texture were more mathematically derived. Working with Baroque forms, combining these with extreme emotions that one would hear in the late 19th century or 20th century, is how I developed the middle movement, which has a passacaglia like structure. In this way, I was exploring the combination of musical elements of late Romanticism, and the Baroque era.”

Scott Godin’s all that is solid melts into the air for string quintet explores the notion of modernism in musical and extra-musical terms. Musically, Godin’s cites Elliott Carter as his model, and while we hear several features of that influence, including the establishment of different contrasting characters across instruments and a taut motivic language in the opening two movements, the expansive harmonic language heard in sections three and four suggests more neo-romantic affinities. Godin’s movement titles conjure four influential modern figures outside of music, Charles Baudelaire, Michel Foucault, Le Corbusier and Robert Moses, evoking each of their unique characters through the contrasting approaches to musical material one hears throughout the piece.

Michael Oesterle took the title Daydream Mechanics from a book by French-Canadian poet and novelist Nicole Brossard. Inspired by childlike explorations of a backyard, he captures a moment in one’s life when a familiar landscape remains new and open to discovery. The mechanistic musical material evolves with subtle changes in rhythmic groupings, offset by pointed interjections that include whispering and vocalizations. As the piece progresses, we hear more harmonic, intervallic, and timbral inventiveness, as Oesterle finds myriad possibilities of manipulating the material through what might be described as an indirect variation technique. The work occupies a place within a rich repertoire of minimalist works for string quartet, steering away from the phase process that is so closely associated with Reich’s music and featuring more textural diversity than one immediately associates with Glass’ iconic early string quartets.

Throughout this recording, the performers from Music in the Barns show themselves to be versatile and communicative musicians, reaching out to the listener beyond the microphones to project three contrasting compositional voices. Each work is emblematic of a Canadian sensibility in its own way while integrating global stylistic influences.

Music in the Barns would like to thank Amy Gottung, Pemi Paull, David Schotzko, Anna Sophia Vukovich and Young Artist performances for their support and vision.