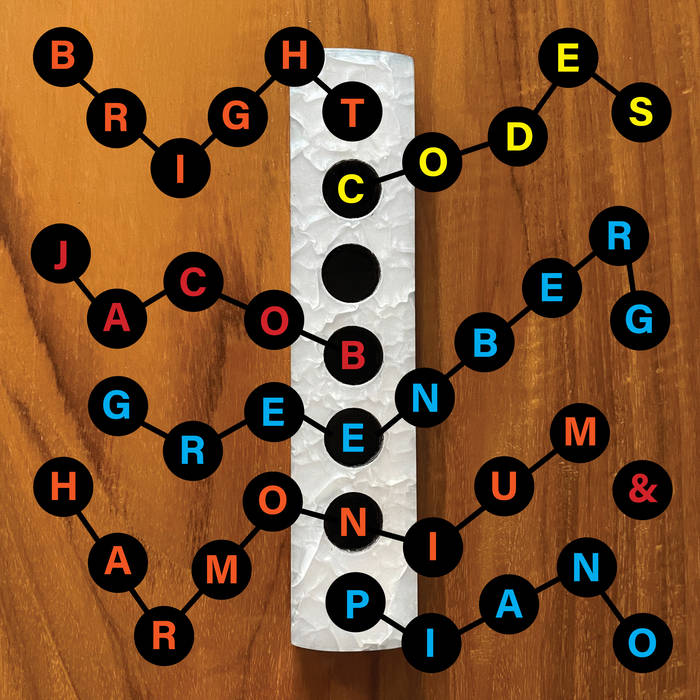 Jacob Greenberg’s first solo disc for TUNDRA features his exciting commissions for piano and harmonium, premiered at venues such as Lincoln Center for the Performing Arts and Miller Theatre. Four deeply realized collaborations with composers Dai Fujikura, Amy Williams, IONE, and Nathan Davis have produced works tailored to Greenberg’s technique and imagination as a multi-keyboard player. The pieces for harmonium showcase the unusual possibilities of that atmospheric instrument.

All pieces on this disc of premiere recordings were written for Jacob Greenberg between 2013 and 2021.

The small portable variety of harmonium is a core element of Indian classical music, and is a modification of the large European instrument invented in the 1820s. The foot pedal bellows of the European model became a hand pump for the instrument that was imported to the Indian subcontinent; the internal brass reeds that receive air are the same in both versions. Two models of harmonium are used for this recording: a Delhi-style twin-reed instrument (male, bass) and a Kolkata-style triple-reed instrument (female, male, bass). Though notated Western music for the Indian instrument is rare, the harmonium shows an unquestionable affinity for the avant-garde, and is a rich medium for experimentation by today’s composers.

Dai Fujikura writes that composing for Jacob Greenberg “allowed me to go somewhere within myself I have not visited before.” His White Rainbow for harmonium is the result of mutual exploration of the instrument by composer and performer. Equally expansive and sensitive to nuances of color, the piece is inspired by the natural phenomenon of a white rainbow—also called a fogbow—that is caused by the small droplets inside a cloud. The bows have only weak colors or are colorless. The novel harmonium techniques like sudden changes of registers, use of the ghostly octave coupler, and rhythmic pulsing with the jaali mute evoke the piece’s atmospheric subject. Bright Codes for piano took shape over four years, with each quiet miniature composed individually, yet intended to be played continuously with the others, without pause, in any order.

Amy Williams’s Fünf Worte for harmonium and voice, featuring the soprano Tony Arnold, is a set of five intimate miniatures, each of which explores one—and only one—German word.
Cineshape 4 for piano explores virtuosic perpetual movement and repetition. It is directly modeled on the structure and certain narrative elements of the film Run Lola Run (1998). Like the film, the piece starts in exactly the same way three times, but develops in starkly different ways.

The author and poet IONE’s The Memory of Now, for harmonium with sonic vocals performed by the composer, is a text score that invites musical improvisation in a ritual manner. As the voice intones directions for interior reflection, it reacts spontaneously to the resulting sounds that portray states of memory. The effect is a unique chamber music partnership. IONE writes, “The player or players are invited to listen to external and internal sounds without judgment, while allowing momentary states of being to flow freely.”

Nathan Davis’s Ghostlight evokes a small, single bulb that shines on the dark stage when a theater is closed and unoccupied. In this piece, the piano’s light preparation is with objects on or between the strings of certain notes to create microtonal beatings and gong-like sounds. The piece’s journey generally descends from the highest register to the lowest, a measured crescendo. A free section is followed by a stately chorale; then a rhythmic groove climaxes with thunderous bass rattlings. Seedling, for harmonium and electronics, explores the ability of the instrument to seamlessly blend with shimmering electronic sounds, especially with its quivering tremolo mode of playing. The composer writes that the harmonium’s brass reeds conjure “the sonic baggage of pasts both real and imagined.”

All works commissioned and initiated by Jacob Greenberg

This recording of Ghostlight first appeared on Starkland’s “On the Nature of Thingness” CD, ℗ Starkland

Special thanks to Hinda Greenberg, David Greenberg, Nic Dillon, and the New York Foundation for the Arts. This recording is for J. White.

Randy Ezratty and James Rosenfield provided essential funding for Dai Fujikura’s Bright Codes. Cineshape 4 was co-commissioned by the International Contemporary Ensemble for the 50th anniversary of Lincoln Center for the Performing Arts. Seedling was commissioned by Winsome Brown and Claude Arpels in honor of Covell Dorn Brown, through the International Contemporary Ensemble’s First Page initiative. iceorg.org.