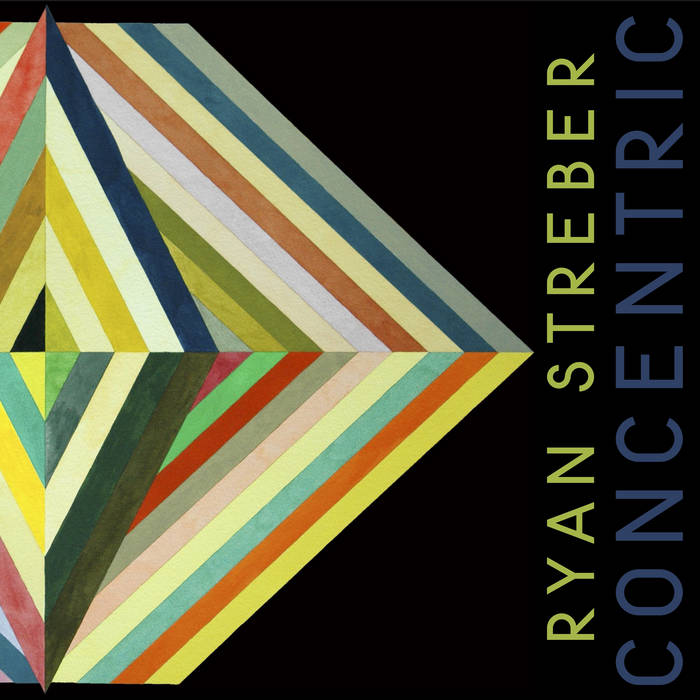 The pieces on this album were written over a span of 10 years and were each conceived as independent works within their own particular contexts. Yet they all have features - formal, technical, extra-musical, etc. - that articulate concentric designs or tendencies. The intimation through musical time of such a non-temporal idea as concentricity is something that fascinates me, as is the way in which a piece can simultaneously tell a linear narrative while still invoking a cyclical or center-oriented continuity. In their own ways, all of the works on this album engage in this interplay.
Concentricity takes on a physical and visual guise in Cold Pastoral where the four players’ symmetrical disposition around a small collection of shared instruments focuses their interaction on a collective median. There is an element of this in the musical material as well, as the pitch and rhythmic structures seem to float, mobile-like around a handful of harmonic, melodic, and timbral axes. Compassinges has a short song setting of A.R.Ammons’ poem “Love Song (I)” as its axial thread. Originally an independent piece that predated Compassinges, the song is like a devotional text at the center of a page whose margins are crowded by surreal and even grotesque characters and commentaries. The voice of the song is a ghostly presence, drifting in and out of obscurity behind the solo percussion and electronically-manipulated strings.
In both Compassinges and Descent, a solo protagonist occupies a central position amongst electrical sonic elements that extend, counterpoint, or alter the character of the featured instrument. In Compassinges, the percussionist spars with but eventually melds into the electro-acoustic accompaniment. The process is more native and linear in Descent, with the increasingly-distorted amplification of the electric guitar providing an opening for a progressive expansion and widening of the instrument’s innate sound. But despite the linearity of its arc, there are ways in which Descent’s lines circle a common mean. For example, the chords that recur throughout the piece (from its opening sound to its final moments) progress cyclically through a range of increasing, then decreasing durations, their end nearing a return to the opening. The piece is also a meditation on Rilke’s poem “Orpheus. Euridice. Hermes.”, and the landscapes, divided senses and temporalities, and inevitable fates of the poem’s characters are like a core around which the piece treads.
The single-movement String Quartet as well as the three-movement trio Dust Shelter and three Shadow Etudes all have in common a middle section or movement characterized by slow, sparse, and delicate music. At the center of the String Quartet, a slow and diaphanous texture of quasi-improvised sound fragments provide an accompaniment to an intimate but restrained violin melody, detangling many of the piece’s multiple strands. In the Etudes, the middle movement is a wispy and ephemeral aria for viola with the bass clarinet acting as its shadow. At the core of Dust Shelter’s second movement - and at the heart of the work as a whole - is an extended viola cadenza that serves as its emotional and thematic summation. In these central moments, the pieces’ dramatic and expressive energies turn most inward and concentrated - nearly-still points from which the rest of the works’ paths radiate.
-Ryan Streber, 2014