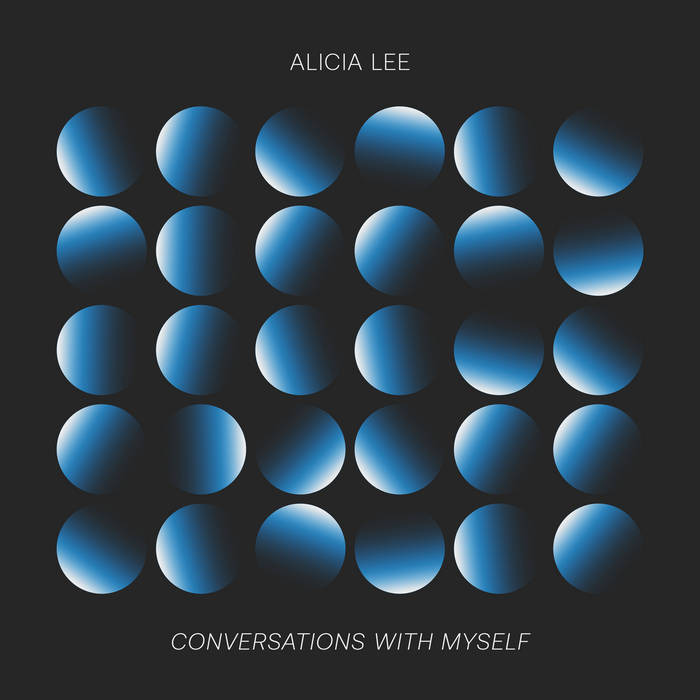 Clarinetist Alicia Lee releases Conversations With Myself, a collection of works for solo clarinet with and without electronics, chronicling a year of artistic activity in isolation. Works by Pierre Boulez, Dai Fujikura, Isang Yun, Unsuk Chin, and Hideaki Aomori make for a program that highlights music by composers of Asian descent and Boulez' iconic work exploring the dichotomy between live performance and pre-recorded material.

In her program note for Conversations with Myself, Alicia Lee writes that the works presented feature her “monologuing dramatically” and “delivering advice to anyone who would listen.” As with so many albums being released in 2021, this release has been deeply shaped by the isolation of the pandemic and the restrictions on performing music with others. And yet, Lee’s musical voice reaches out consistently throughout the album, presenting these pieces not as distant, unreachable gems but as tangible musical parables and narratives. Framed by Pierre Boulez’ iconic Dialogues de l’Ombre Double for clarinet and electroacoustic doppelganger, Lee shapes a program that engages with the dichotomy between dialogue and monologue. The clarinet, in its Bflat and bass clarinet incarnations, manifests itself as a sage companion, its rich fundamental, hints of breath noises, and subtle sounds of depressed keys creating an ideal blend of the cerebral and the expressive in this thoughtful collection.

The opening track, Dai Fujikura’s Contour for bass clarinet versions, was originally written for tuba in 2018 and revised in contrabass clarinet and bass clarinet versions in 2020, begins the album with a monologue. Flowing lines undulate up and down, the gravity of the melodic contour occasionally accelerating the pace towards a goal note. A passage of repeated double tongued pitches opens into a contrasting section that is more impetuous, eventually highlighting playfully syncopated rhythms. The piece ends with an alternating major 2nd toggling back and forth in indecision as it fades away.

Fujikura’s final gesture segues perfectly into the uneasy irregular gestures that open Boulez’ Dialogues. The work was dedicated to Luciano Berio on his 60th birthday and places the live clarinetist in dialogue with a “double shadow” electronic version of themselves, spatialized to lend a sense of physical interaction. The mixing on this recording captures this spatial quality beautifully – one minute we hear Lee as if she is right in front of us, while the next she is placed further back in the stereo field, seemingly in a corner, evoking the piece’s mercurial twists and turns. Boulez’ exploration of texture and material on the clarinet is deft and exhaustive, as the dialogue turns into a terse argument between the increasingly agitated live clarinet and its persistent double. As with so many masterworks of the electro-acoustic genre, the relationship between live and pre-recorded becomes dynamic in its own right, evolving over the course of the piece. The work ends with the electronic shadow largely neutralized, extending a sustained high arrival pitch in the live part as the clarinet launches into a furious cadenza. In a final effort to snuff out the interloping doppelganger, the live clarinet plays that same pitch while walking “off stage.”

Isang Yun’s Monolog was also initially written for bassoon and later set in a new version for bass clarinet. Despite its title, the work establishes a quasi dialogue within the parameters it sets up. Implied counterpoint between registers, long notes vs. figuration, and the use of bends, trills, and quick dynamic contrasts all establish a series of dualities that express a delicate internal balance that is constantly in flux.

Unsuk Chin’s Advice from a Caterpillar from Alice in Wonderland contains some of the album’s most extroverted material. A light hearted gesture opens the piece and sets the tone for a series of sweeping arpeggios, sudden multiphonics and comical phrase ending smears. The brash character shifts in Chin’s score might be interpreted in the context of the caterpillar’s advice to Alice to eat mushrooms to adapt to her environment in the famous novel.

The split in Hideaki Aomori’s piece of the same name is between the simple bass line articulated in the opening bar and its echoes heard in delicate fifth partial harmonics in the high register. The harmonics function almost as a kind of bloom for the fundamental pitch, not unlike the feedback on an overdriven guitar amp. Aomori contrasts this idea with a section of mellifluous arpeggiated figures. These elements are combined, interchanged, and examined in this short, mysterious piece.

Alicia Lee navigates the wide ranging demands of this repertoire with command and quiet, narrative power. Indeed, Conversations with Myself reveals in so many ways that all musical expression is a dialogue – with a performer’s own complex artistic personas, with those who they are in relationship with even when out of direct contact, and with the composer who has provided the material which frames the artistic experience.