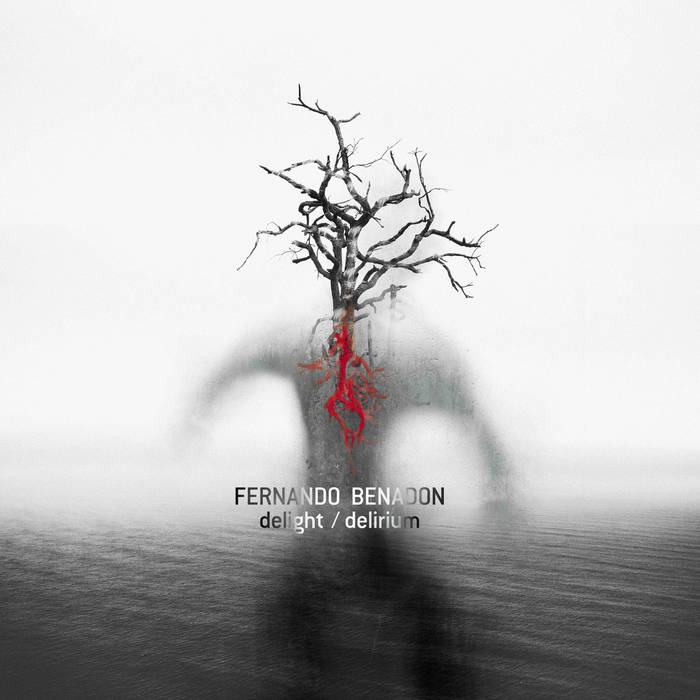 Fernando Benadon has a rich background as a composer, saxophonist, improviser, and scholar. He brings this experience to his most recent recording project, delight/delirium, particularly to the final two tracks, Búgi Wúgi and Rhythmensional, both of which engage with the boundaries between improvised and notated music in interesting ways. For Rhythmensional, Benadon recorded an improvised drum solo by acclaimed Cuban jazz drummer and composer, Dafnis Prieto. Benadon then composed a through composed piece to be performed along with the recording of Prieto’s solo — essentially turning Prieto’s improvisation into fixed media. As a scholar, Benadon has had an enduring interest in the field of “microtimings” (for a very different look at “microtimings”, see Richard Beaudoin’s New Focus release of the same name, FCR125 using the microscopic temporal inflections of iconic recordings as the basis for new composition), which investigates the aspects of time in a performer’s performance that go beyond notation, particularly as they relate to different styles. By recording Prieto and then placing his playing at the foundational level of the piece, in a sense, Benadon has frozen the microtimings in the improvisation while guaranteeing micro-variation in the rhythmic realization of the score by the live performers playing along with Prieto’s track. Búgi Wúgi consciously goes in the opposite direction, achieving the looseness of early jazz piano masters Earl Hines and Bubber Miley and the post-modern sensibility of contemporary experimental improvisors like Ethan Iverson and Vijay Iyer by keeping the left hand steady and meticulously notating improvised “sounding” material in the right hand. Cotxes in inspired by the visual imagery of Barcelona, as this unique quartet of sax, vibes, harp, and piano spin out lush, impressionistic harmonies through notated lines that again sound improvised. delight/delirium opens with material that perhaps could be improvised, but reveals itself clearly as a fully through composed piece when we hear tightly coordinated unisons between clarinet and piano near the one minute mark. Nevertheless, the work often falls forward like an improvisation, with a sense of structure that is less oriented towards managed development of material than it is towards a journey whose changes of directions are suggested each moment anew. Cosmicomics is the odd man out aesthetically on the recording, not only because it is the only large ensemble work, but also because it inhabits a more conventionally composerly sound world. The work ebbs and flows between the gently pulsating, impressionistic chords of the opening and more explosive moments that bristle with orchestral color. Cosmicomics is a more direct look at Benadon’s material palette apart from his engagement with exploring the subtle boundaries between improvised and notated music.

Bonobo stops by to talk about his new record Fragments