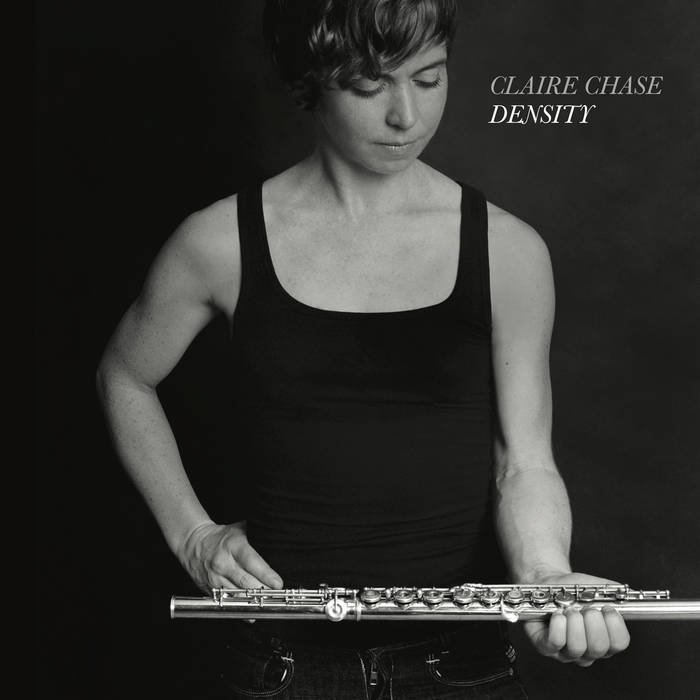 Booklet texts are by Laura Mullen and photography is by David Michalek. Both the Balter and Diaz de León are written for Chase and are heard here in their world premiere recordings.In John Zorn’s Arcana: Musicians on Music (Volume 6), Chase writes of her adolescent encounter with the Varèse flute solo (including an unsuccessful attempt to program it at her junior high school graduation) and how the work has marked her life, career, and commitment to the creation of new repertoire and new performance practices for the instrument. She describes her first time playing through the piece in her family living room at age thirteen:

As I struggled through the piece that night for the captive audience of our family dog, I imagined my body as a vast, black chamber, with waves of light in fantastical fluorescent color schemes darting rapidly around it. I felt power for the first time in my playing, and a different kind of power than the satisfaction I had felt when I had executed a difficult technical passage or spun a sweet line of Debussy—this was new. This was deeper, darker. This was a new kind of music. What was it? Whatever it was, I was hooked. I wanted no more of the old stuff. Density was all there was.

Chase, now 35, recorded Density 21.5 on a platinum Powell flute owned by Doriot Anthony Dwyer (a descendent of Susan B. Anthony), the first female flutist to become principal of a major US orchestra. Density is Chase’s third solo album and completes a trilogy of recordings, with Aliento (2009) and Terrestre (2012), dedicated to the documentation of 20th and 21st century flute repertory. In performance, Chase plays the disc as a 70-minute continuous solo in collaboration with the art director David Michalek and the sound engineer Levy Lorenzo, using sound, space and her unique perspective on the instrument to explore flute performance in an entirely new way.