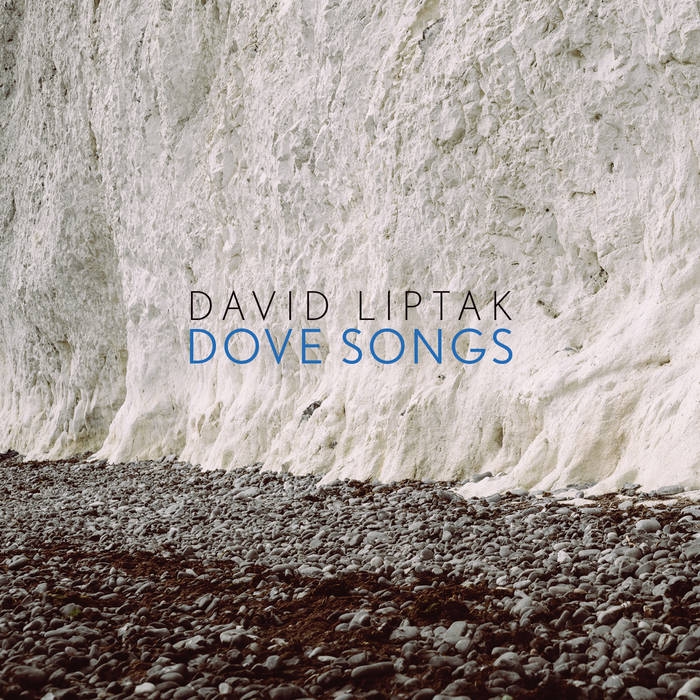 Dove Songs was written for soprano Tony Arnold, whose moving performance with pianist Alison d’Amato is heard here. Based on poems by Rita Dove, the 1987 Pulitzer Prize winner in poetry, Liptak’s music mirrors the storytelling sensibility of the texts, as well as its subtle restraint. The music in the opening movement “Refrain” alternates between lyrical phrases describing a mysterious “man inside the mandolin” and more stark settings of his actual song. “The Snow King” is a portrait of an icy ruler in a hostile land, where “sparrows lie frozen in hallways,” beautifully articulated by the glistening high register gestures in the piano. The paired movements, “Catherine of Alexandria” and “Catherine of Siena”, both tell tales of women who defied authority, were condemned, and managed to transform their fate. “Beauty and the Beast” playfully depicts a domestic setting of marriage, with a recurring short, descending six note phrase. The final song of the set, “Flirtation,” is the lightest in the piece, with coquettish swooping gestures in the soprano and flourishes in the piano that capture the pleasure of obliquely toying with possibility.

Liptak’s three Impromptus, written for and performed here by violinist Renée Jolles with pianist Margaret Kampmeier, are short character pieces that adhere closely to their titles and performance markings. “Rhapsodic” opens with a declamatory octave in the piano, a nod to Schubert, and proceeds to explore a rarefied space, with the piano sounding atmospheric chords and the violin playing sighing figures and short, dancelike turns. “Lyrical” opens with each instrument exploring its first phrases independently, and they slowly begin to overlap more and more in a searching dialogue. “Quick and agile” turns around a short theme, considering it from all angles with a certain degree of intellectual detachment.

The Sighs for solo guitar, performed here with sensitivity by Dieter Hennings, is a seven movement work exploring melancholy through the personas of several legendary artists. “Picasso’s Blue Guitar”, named for the famous blue period painting, revels in dissonant dyad sonorities on the instrument, moving up and down in register. “Les Soupirs” and “Petite Reprise” both borrow music from Rameau’s Pièce de clavecin, and Liptak elegantly weaves in music that evokes Rameau’s purportedly solitary personality into the quoted Baroque material. “The Unicorn” is a fleet, moto perpetuo movement, using registral differentiation around insistent central tones to create a multi-dimensional texture. “Idée Fixe” engages with memory, returning obsessively to certain gestures and sonorities almost as a mantra. “Beautiful Dreamer” is based on the song by the same name by Stephen Foster, and in his setting, Liptak mixes singing phrases with bell-like harmonics. “Memory’s Persistence” is inspired by the Salvador Dalí painting, and contains the most virtuosic music of the set.

The Sonata for Cello and Piano is in two movements, “Lontano” and “Caccia.” “Lontano” does indeed begin from afar, but the developing dialogue between the two instruments, performed here by Stephen Doane and Barry Snyder, intensifies the texture before it fades away again at the end of the movement. “Caccia” is a vigorous chase scene; Liptak writes, “Everywhere is the breathlessness and quickened heartbeat of the hunt.”