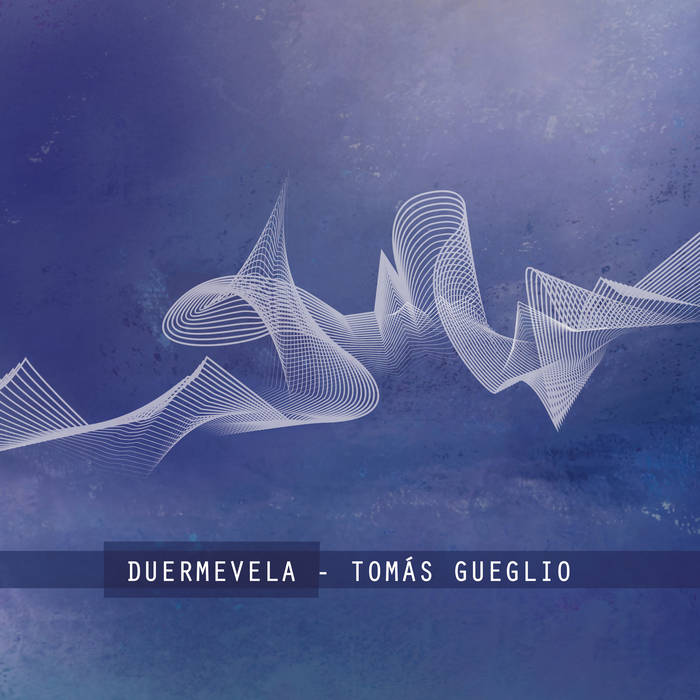 The title of Tomás Gueglio’s debut portrait album, Duermevela, is the composite of two Spanish words for sleep and staying awake. It captures Gueglio’s aesthetic perfectly — his music lives between evocative dream states and a taut sense of vigilant attention. This collection of chamber works written between 2013-2017 is reflective of that dichotomy, as well as the duality in Gueglio’s artistic life between his hometowns of Chicago and Buenos Aires.

Violinist Austin Wulliman performs the opening track on the recording, Mil Panaderos. An initial, skittering jété sets the tone for this impetuous piece. Quick swells, glissandi, fast arpeggios, and scalar passages are combined in a linear counterpoint of motivic ideas. Deliberative pauses between ideas frame the content, a component that moderates the manic unfolding of material.

The opening solo violin work is the seed that grows into the second track, Apostillas a Mil Panaderos, a sextet for soprano sax, clarinet, percussion, piano, violin, and cello, written for and performed by Latitude 49. The process of transcription and adaptation softens the original musical material, as if rough edges of an uncut gem are being polished by the added color from the ensemble. Gueglio makes beautiful use of the punctuated attacks of percussion, piano, and pizzicato in the strings to articulate endings of sustained phrases and create hybrid instrumental gestures. As the piece evolves, the initial idea of expanding upon ideas from the solo violin piece grows into a more symbiotic texture. A high register ostinato grounds the final two minutes of the piece, as the characteristic swelling figure is passed around the ensemble.

1901: Un Oiseau for two bass flutes follows, a sensual work in two movements that incorporates an extended technique vocabulary on the instrument and in various vocalizations. The two flutes open the piece with very similar pitch and textural material, mapped onto different rhythmic contours. Not unlike Mil Panaderos, the result is a contrapuntal organization of information, with various threads defined by timbre, register, and central pitches. We can hear the weaving of these two lines as a sort of loose, arhythmic canon, wherein material that happens in one part will emerge non-systematically at some point in the other. Towards the end of the second movement, the texture briefly turns toward a contemplative drone before a brief, playfully lyrical coda.

After L’Addio (a reference to Sciarrino’s solo harp work, L’Addio a Trachis) opens the work with one of the harp’s most recognizable gestures, the glissando, combining it with a technique developed with harpist Ben Melsky, cheekily dubbed the “Guegliando,” involving a calloused finger dragging across the strings. The dry, obscured contour of the Guegliando is splashed with the color of fully pitched glissandi, trills, and accented notes, creating a multi-dimensional, multi-registral texture. Felt (referencing material used by the harpist to produce a modified attack on the strings as well as a subtle sustained sound on the body of the instrument) stands in opposition to the opening work in its use of mitigating material between the player and the instrument. The music is spacious and introspective, unfolding in contemplative phrases, each separated by a brief pause.

The final work on the album for guitar quartet, Canción en Duermevela, was written for the Nuntempe Ensamble. Gueglio binds the four movements of the piece together through a shared cantus firmus of sorts, presented in chromatic clusters. A range of scraping sounds, glissandi, tapping techniques, and plucks behind the nut create a multi-dimensional pad around which this processional melody unfolds. Gueglio occasionally embeds brief polyrhythms into these background textures, injecting the music with rhythmic direction. The prevailing affect is one of delicate wonder, as the intimate timbres of the four guitars intersect with an ever emerging composite melody.

Tomás Gueglio creates musical environments that facilitate subtle examinations of timbre, phrase, and gesture. He eschews bombastic surface activity in favor of substantial multi-layered textures. The results are beguiling and moving, music that lives in a space that is balanced between the visceral and tactile on one side and the curated and meticulous on the other.

Mixed And Mastered By Peter Leonard