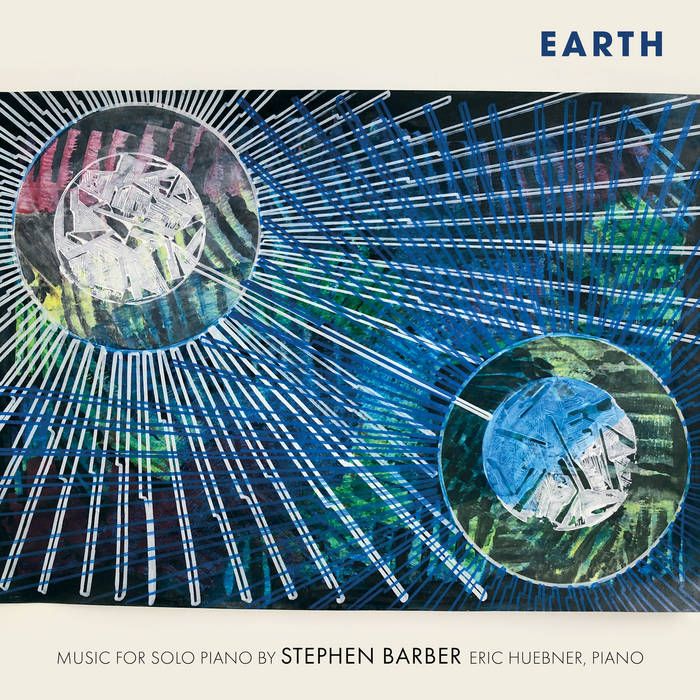 West Texas native composer Stephen Barber has had an eclectic musical life, collaborating with a wide range of artists, from Gilberto Gil, Stevie Ray Vaughn, David Byrne, Keith Richards, and Natalie Merchant to studying with John Corigliano and working on projects with the London Symphony Orchestra and PBS, among many others. This collection of his music for solo piano, performed by Eric Huebner, is indicative of his diverse experiences, with a gracious embrace of many aesthetics framed by a keen sense of character.

Several of these miniatures depict creatures in the animal kingdom or specific natural locations. The album opens with “Yellow Warbler,” a grand portrait of a bird in flight. A fluid passage starts the work, before bright, grandly resonant chords capture the wonder of weightlessness. “Fireflies” crackles with sparkling luminosity, as Messiaen-like repeated figures in the high register are connected by descending scalar figures, streaks of light across the night sky. “Through a Dog Star Gaze into Sirius” depicts the experience of visiting McDonald Observatory in Marfa, Texas, and looking through the telescope into the cosmos. Barber creates splashes of harmonic resonance, sustaining them for wondrous contemplation. Virtuosic passagework embodies the energized dance of the heavens, as stars, moons, and comets interact in the bright sky. “Twilight in Tahiti” is inspired by a sunset in Bora Bora, as Debussy-esque pastel harmonies unfold in poignant phrases.

Several of the pieces are inspired by anecdotes and relationships in Barber’s life. “Circo Massimo” refers to Rome’s Circus Massimus, and specifically to an incident in which Barber’s youngest son momentarily disappeared on a family trip, only to be discovered running towards the iconic, ancient stadium. Barber’s towering chords capture the magnificence of the structure, while the fleet, angular passages evoke the curiosity of the young boy. “Electra 88” is a musical portrait of a junior high school joy ride in Villa Cuña, Mexico. Fleet arpeggios and pointed staccato figures paint a picture of risk and excitement. “In Garden Bright” is dedicated to painter Diana Postel, a garden lover, and a mentor to the arts community. Her gregariousness and joie de vivre shine through in this vibrant homage.

The remaining works on the recording are all inspired by major figures, mostly in the arts, but also in public life. “Slow Dripping Beast” depicts Donald Trump’s presidency with ominous low register chords and aggressive accented figures. The short work “Stop” is inspired by one of Barber’s musical heroes, Wayne Shorter. Majestic phrases with playful rhythmic variations are set off from each other, by short, considered silences. One of Frank Lloyd Wright’s most famous designs is the inspiration for “Falling Water.” Liquid arpeggios and tolling, widely spaced triads in the bass capture the elegance and seamless integration into the natural landscape of Wright’s design. New York author Jardine Libaire is the source for “Opium-White Fur,” a charged depiction of urban romanticism. Barber turns to J.S. Bach in “Easter,” a reverent string of unfurling sequences in style brisé. Earth closes with its title track, an earnest meditation on the future of human life on our planet in an era of climate change and societal strife.