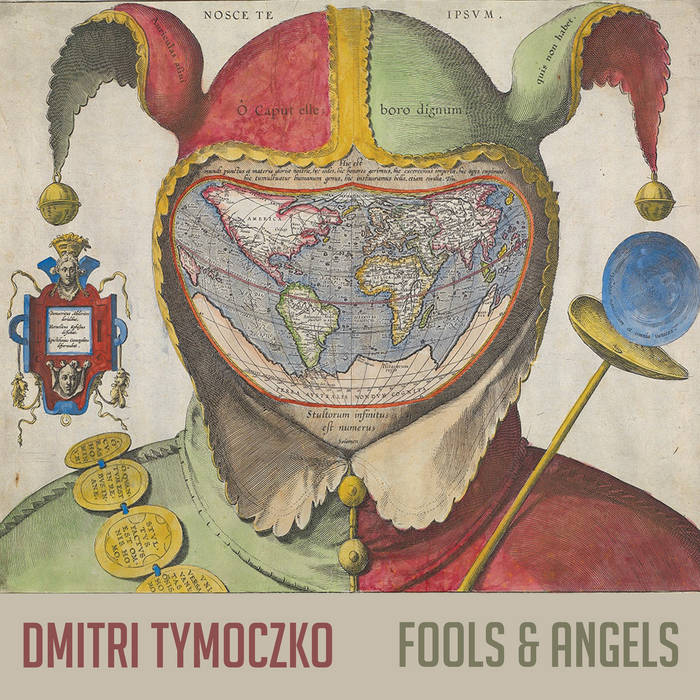 Dmitri Tymoczko’s “Fools and Angels” includes four works for voices and ensemble that demonstrate a wide range of approaches to vocal writing and genre. Reminiscent of the ambitious music of progressive rock bands in the 1970s, Tymoczko borrows and imports stylistic elements at will to serve a larger aesthetic vision that is unbounded by category. The album features performances by Newspeak, Illinois Modern Ensemble, Collide Trio, and several active members of the New York new music community.

The recorded voices in "Let the Bodies Hit the Floor" come from a radio interview between Jack Hitt and Rob Miller, first broadcast on the episode “In Country” of This American Life

Thanks to Christian Bök, Jeff Dolven, Jack Hitt, Rob Miller, Dexter Palmer and the estate of Allen Ginsberg for their kind cooperation

Publication is made possible in part by a grant from the Barr Ferree Foundation Publication Fund, Department of Art and Archaeology, Princeton University