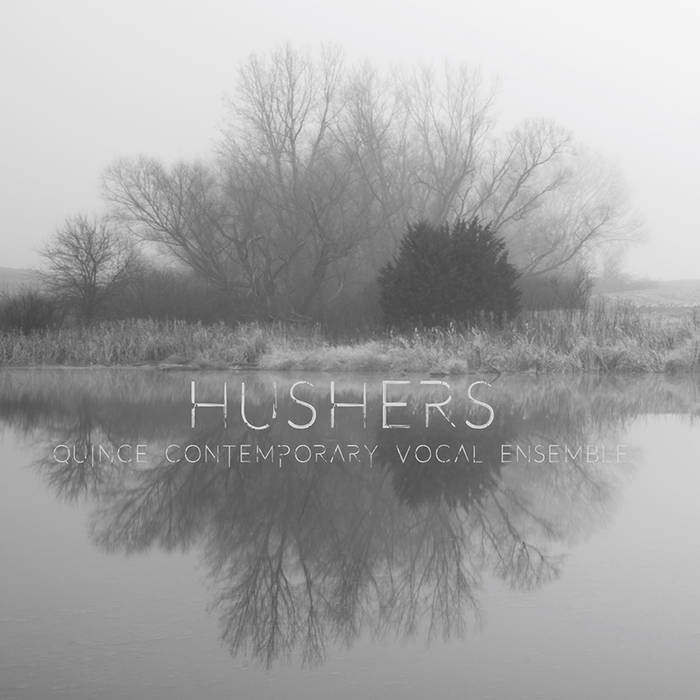 The opening bars of Warren Enström’s Hushers on Quince Contemporary Vocal Ensemble’s new release emphasize extended fricative sounds that could be mistaken for a percussion ensemble. When we finally hear sung notes emerge, they are first accompanied by hisses and shushes, and the pitches themselves push up against each other in dissonant intervals. With extended techniques woven into the fabric of a timbre and sound driven texture, Hushers squarely inhabits a 21st century vocal aesthetic. Kate Soper’s Songs for Nobody returns to traditional text setting, setting work by American poet, Thomas Merton. Written as the result of a commission from the Museum of Biblical Art in New York, Soper endeavored to capture Merton’s faith in the purity of the inner life. Saariaho’s From the Grammar of Dreams sets excerpts from The Bell Jar by Sylvia Plath for two singers, embodying the instability of the protoganist’s struggles with issues of life and death, madness and solace. In the second movement, each singer in the duo alternates between athletic singing and forceful, rhythmic recitation of the text, creating an unsettling texture where song and speech are unbroken even as each individual performer leaps back and forth between roles. This alternation culminates in the earthy fourth movement, as the two singers hocket between each other in spats of heavy breathing and swooping, plaintive figures. Giacinto Scelsi’s compositional process was unique — he considered himself a “receiver” of sounds, and recorded improvisations to hand off to a colleague to notate and orchestrate. On Sauh I-IV, Scelsi uses phenomes instead of language setting, lending the piece a ritualistic, chanting quality (fitting given Scelsi’s fascination with Hindu and Buddhist ritual). The relationship between Sauh I-II and Sauh III-IV is close — the first two duos provide the seed material for the fleshed out quartet versions. After a journey through the intensity of the Plath and Merton text settings, the disc closes in a world of abstract syllables and non-semantic meaning, as it began.