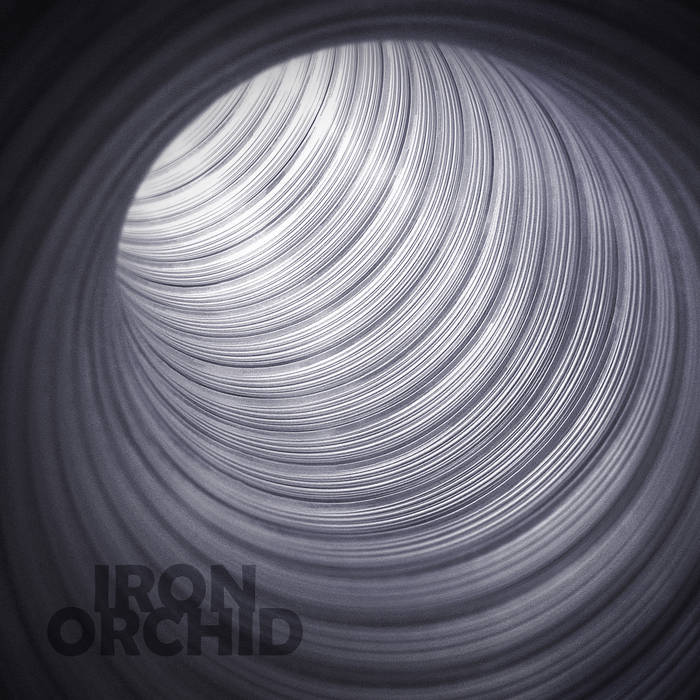 Iron Orchid is an album-length electro-acoustic work for piano and electronics by New York composer David Bird in collaboration with pianist Ning Yu, released on New Focus Recordings. Iron Orchid builds on materials generated for the interactive sound sculpture Echo Chamber, an 11-foot metallic structure that Bird and Yu collaborated on with site-specific public artist Mark Reigelman II in 2019. Employing a wide range of techniques in dialogue with a constantly shifting electronic environment, Iron Orchid explores the relationship between human and computer-generated sounds, blurring the distinction between them with a catalog of inventive strategies, and creating a sound world in which the two become logical complements.

The realm of sound installation can trigger a lot of associations — static forms, ambient textures, ethereal timbres. Iron Orchid, the sibling musical work associated with the interactive multi-media sculpture Echo Chamber, defies these assumptions, covering a vast range of expressive and textural territory over its 34 minutes of music. Composer David Bird and pianist Ning Yu have cultivated a work that mines the material of the piano for its sonic potential (metal, wood, wire). The piece establishes immersive sound environments that are momentarily passive and active, while always evolving to create a larger expressive trajectory. The result is a piece that stands alone and independent as a powerful sonic document.

“Garden” opens the recording with a rolling tumult of microtonal tremolos in the low register of the piano, interwoven with apocalyptic, foreboding electronics. Later in the movement, chime-like harmonics activated with objects inside the piano toll in the accumulating winds of the electronics. “Iron” focuses on the variegated sound vocabulary of scrapes on the piano strings over an accumulating pillow of sine tones. As the electronics come alive into a percolating organism, we hear a solemn composite melody emerging from lone microtonal pitches.

“Interlude” begins a series of four short movements that make up the middle of the work, and which introduce a more conventional pianism, initially accompanied by dynamic electronics that respond with timed synchronicity. Over the course of “Prism,” we hear piano and electronics bubbling over as the line ascends in register, leaving only the twitching detritus of the musical exoskeleton of the movement as it ends. “A Thin War of Metal” settles into a deep groove allowing the piano to articulate angular, syncopated runs. Once again, an electronic doppelgänger replaces the acoustic image towards the end of the movement, providing a disconcerting mirror image. In “Between Walls,” the stunted sound of muted harmonics in the low register punctuates an unsettling undulation in the electronics.

The final movement in the piece, “Petals,” opens with haunting, anthropomorphic sounds emerging from a dystopian electronic landscape. Notes articulated with a slide inside the piano provide a plaintive counterpart to disembodied long tones over a background dotted by glitchy sounds of electronic interference. Iron Orchid is persistently dynamic. Electronics that provide context for the protagonist’s voice of the piano become animated while the keyboard role sometimes pivots to provide a layer in a multi-dimensional texture. Iron Orchid balances a character of alienation with an ever-present embedded lyricism that reaches out to the listener, a glint of light in austere expressive surroundings.

What comes through with clarion intensity in Iron Orchid, a collaboration between composer & producer David Bird and pianist Ning Yu, is material. The through line is metal, but a transmogrified metal, embodied in timbres that shift and evolve in real time from the familiar to the surreal to the non-real. The metal of piano wires takes on a life of its own, as in “Iron,” where the rough scraping of piano strings lay atop a gorgeous pillow of sine tones. Despite the album’s considerable electronic element, Bird and Yu embrace the full timbral range of the piano as an acoustic instrument: from the crinkling tactility of fingers on wire; to resonant sotto voce melodies; to the murky and microtonal piano tremolos that comprise the dark but fecund soil of album opener “Garden.” Because these sounds feel like the genesis for Iron Orchid’s electronic components, the intermingling of piano and production is utterly fluid. Complex, faint overtones from a muted piano string are replicated by sine tones and echo off into nothingness; pitches crack and collapse unexpectedly; pulsing, stuttering synth sounds combine with the twisting, tortured scraping of wire.

Iron Orchid began in 2019, with the interactive multimedia sculpture “Echo Chamber,” a collaboration between Bird, Yu, and sculptor Mark Reigelman. The 11-foot-tall sculpture was constructed of stacks of 56 metal tubes, each with an audio speaker inside. Scattered materials from Echo Chamber are woven into the fabric of Iron Orchid, which could be thought of as a guided aural tour of the sculpture. The sculpture is simultaneously absent and yet omnipresent. Stasis and momentum evoke motion through an imaginary environment, one haunted by a foreign and unknown object freighted with immense mass, and operating under its own logic.

Composed and Produced by David Bird