loadbang: Plays Well With Others 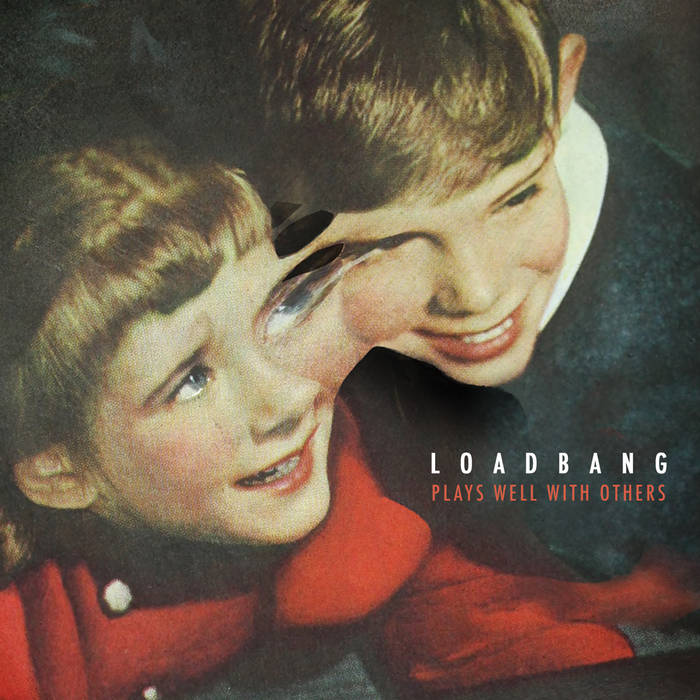 On their third release with New Focus, loadbang (Jeff Gavett, baritone; Andrew Kozar, trumpet; William Lang, trombone; Adrian Sandi, clarinet) reaches beyond their idiosyncratic quartet instrumentation to collaborate with a string ensemble. loadbang has cultivated a kind of symbiotic instrumental organism, with the three winds breathing and uttering with Gavett’s oratorical baritone. The approaches to the extended ensemble on this recording that composers Taylor Brook, Reiko Füting, Paula Matthusen, Heather Stebbins, Scott Wollschleger, and Eve Beglarian take are varied and fascinating, keeping the four headed creature that is the core of loadbang at the center while using the strings to provide a sonic environment, commentary, and an expanded sound palette.

Plays Well With Others opens with Taylor Brook’s Tarantism in which he sets 16th and 17th century Italian texts on curing the ills resulting from a tarantula bite (this practice was the origin of the tarantella). Brook establishes loadbang as the musician/doctor, with Gavett providing a mix of dramatic narrative context, specific procedural instructions for treatment, and incantations. Meanwhile the strings are assigned the role of the afflicted party. We hear waves of pain and disorientation in dense dissonant string harmonies, the frenzy of ritualistic dancing in cathartic tutti gestures, and the weariness of post-treatment in undulating, creaking harmonics in the work’s final passage.

On Riven, Heather Stebbins weaves together discarded material from past projects, creating something new and cohesive. Stebbins integrates electronics into the wide ranging timbral texture in such a way that the boundary between man-made and computer generated is blurry. The work opens with a series of punctuated exhalations from which a captivating series of sounds from the core quartet spills out before being reinforced by the strings. If Brook established a dichotomy between the four voices in loadbang and the strings to serve a narrative purpose, Stebbins strives to expand the hybrid instrument to include the new sounds within one dynamic organism. Riven journeys through fragile, fricative sounds, poignant sighs in the strings, and tightly woven electro-acoustic mechanisms.

In her You See Where This is Going, Eve Beglarian sets a text by Brendan Constantine that investigates the dissonance between the names of things and their essence. Percolating pizzicati in the strings set up chordal sonorities in the winds to close the brief phrases, while Gavett sings melismatic lines. As the piece evolves, those roles reverse, with more sustained harmonies in the strings and the loadbang winds rearticulating the final notes of their gestures as if they are stuttering. The work closes with a more elegiac passage, as the ensemble supports Gavett’s mysterious delivery of Constantine’s final lines: “you imagine hiding when the world finds out you’re not who you’ve said.”

Reiko Füting’s music integrates quotation, evocative non-pitched sounds, and visceral gestures into a texture that develops material through repetition with variation. The title of mo(nu)ment for C/palimpsest refers to sculptures by American artist Dan Flavin, while the whispered texts consist of three fragments: “Je suis,” “Ich bin,” and “I am.” The piece was written in reaction to the attack on the Charlie Hebdo publication in 2015. A gradually accumulating introductory texture grows from rhythmic whispers into multi-timbral mechanisms, as Füting uses the strings to provide coloristic harmonic support and imitative gestural material. The subtle evolution of each gesture through repeated cells creates a meditative atmosphere, a chance to contemplate the many angles of “I am.”

Scott Wollschleger’s CVS is also a meditation, this time on the way in which the commercial forum for disseminating information can flatten divergent meaning. Concepts like “CVS,” “There’s been a terrorist attack,” and “Cool graphics,” can consequently occupy the same space in our minds. Gavett intones “CVS” as a kind of mantra, albeit a palliative one, turning the three letters around and mining them for multiple shades of tone by manipulating the emphasis and vocal inflection. While the words “CVS” and “There’s been a terrorist attack” seem to occupy a similar disembodied expressive space, it is the phrase “Cool graphics” that receives the grandeur of majestic octaves in the ensemble.

The final work on the album, Paula Matthusen’s Such is Now the Necessity, takes full advantage of the expanded sonorous potential of the loadbang plus strings format. Layered, overlapping lines create expansive harmonies evocative of Renaissance polyphony heard in a church whose long reverb tail creates unexpected verticalities. Midway through the work, the wind articulations shorten into passages of enlivened repeated notes and the strings play flowing passagework, creating a heroic antiphonal dialogue that surrounds Gavett’s soaring vocal line.