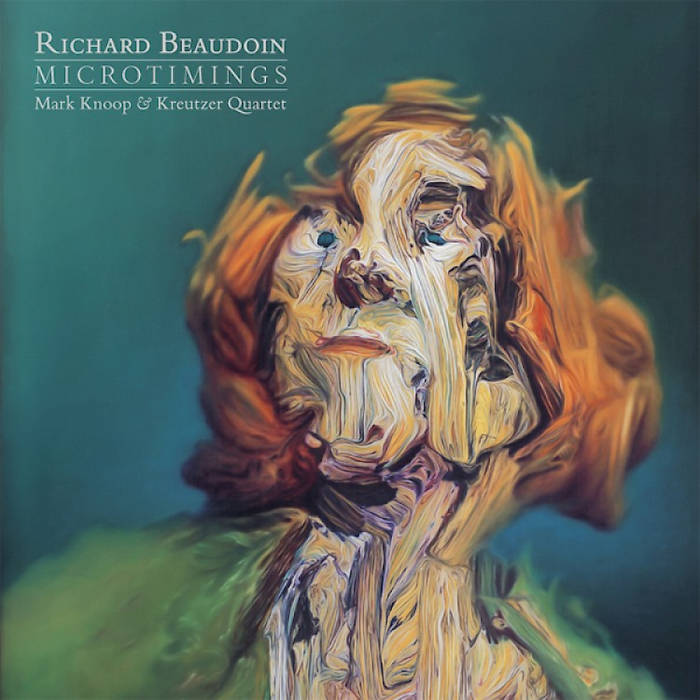 This 2-CD set includes the inaugural recordings of Richard Beaudoin’s music based on microtiming: a refined methodology for translating micro-temporal properties of a recorded performance into standard notation, which are then used as the basis for newly-composed acoustic works. The CDs include eleven recent pieces, all recorded in England, based on microtimings of Martha Argerich playing Chopin, Alfred Cortot playing Debussy, and Maurizio Pollini playing Webern.

Disc One is devoted to piano music played by Mark Knoop (“one of the most brilliant pianists of the contemporary repertoire” The Sunday Times). Disc Two is devoted to string quartet music played by the Kreutzer Quartet (led by Peter Sheppard Skærved, who plays the 1698 Stradivari ‘Joachim’ violin).

Writings about Beaudoin’s compositional approach, sometimes called ‘temporalism,’ have been published in the Journal of Aesthetics and Art Criticism, the Journal of Music Theory, and the International Symposium on Performance Science 2009. Beaudoin has given lectures on these works at Cambridge University's Centre for Music and Science, The Royal Academy of Music, London, The Steinhardt School at New York University, The New England Conservatory, Harvard University and Dartmouth College.

The music of Richard Beaudoin has been performed by some of the finest musicians in Europe and America, including the soprano Annette Dasch, the Kreutzer, Lydian and Chiara String Quartets, pianists Marilyn Nonken, Mark Knoop, Constantine Finehouse and Wolfram Rieger, organist Clive Driskill-Smith and tenor Joseph Kaiser. Beaudoin’s works have been premièred at the Amsterdam Concertgebouw, the Wiener Konzerthaus, New York’s Weill Recital Hall/Carnegie Hall and London’s Royal Festival Hall. He has received opera and vocal music commissions from the Konzerthaus-Dortmund, the Staatstheater-Kassel, and the Boston Lyric Opera. He is a member of the Faculty of Music at Harvard University.