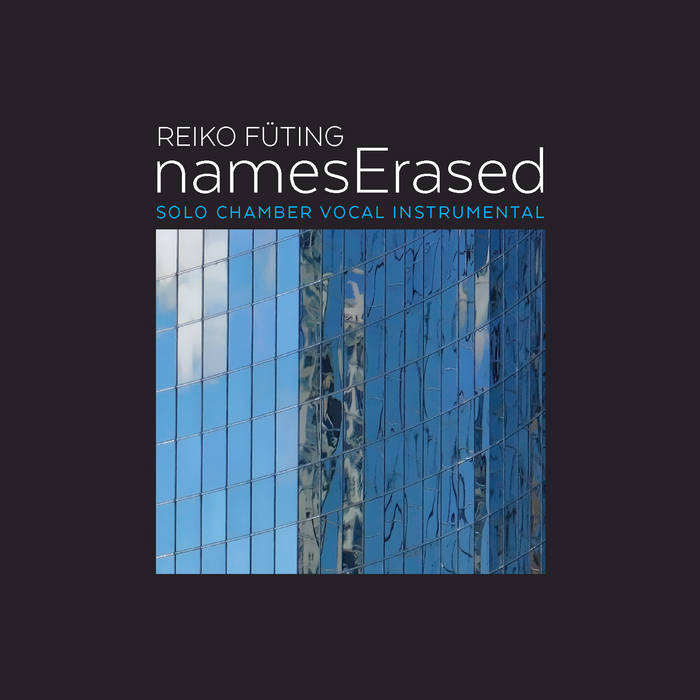 Reiko Füting’s names, erased features exquisite works of chamber music performed by members of New York City’s most celebrated contemporary ensembles, including the International Contemporary Ensemble, Either/Or Ensemble, and the Mivos String Quartet. This collection of works, spanning the past 13 years, illustrates Füting’s interest in the philosophical and artistic conception of memory, as well as the significant role past works of literature, music, and art play in shaping his compositional forms and musical material. In works such as the title track, names, erased and the solo violin work, tanz.tanz, Füting draws inspiration from past artistic masters. In names, erased, musical material from Bach, Berg, and Ligeti is compositionally treated to reflect the erasing process of Robert Rauschenberg in his famous Erased de Kooning Drawing. tanz. tanz is based on the choral tunes in Bach’s Chaccone, that were discovered by the German musicologist Helga Thoene. These choral tunes are woven throughout the Chaconne and serve as the source material for Füting’s powerful work. Interspersed between the album’s longer works are vocal settings of haikus from Reiner Bonack, captivatingly interpreted by mezzo soprano Nani Füting. These evocative settings paint vivid scenes, as Füting explores a wide palette of vocal range and timbre. In the album’s final track, Nani Füting is joined by the Mivos String Quartet for a stunning performance of “Und Ich bin Dein Spiegel”, a work based on music by the German minnesinger Neidhart von Reuntal and fragmentary writings by the Beguine mystic Mechthild von Magdeburg. This work, like the rest of the album, finds a timeless beauty, as references to Medieval music blend with a contemporary language, and the musical past and present blur.