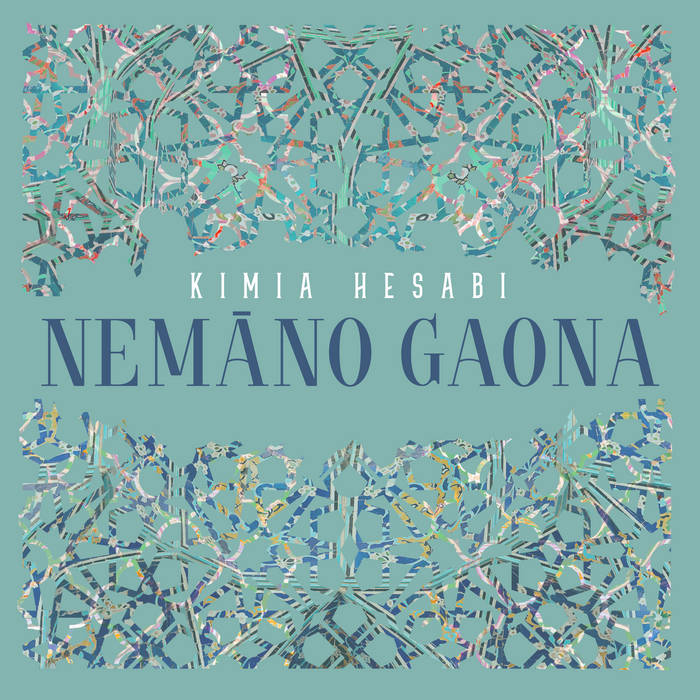 Iranian violist Kimia Hesabi releases her debut album of music by composers of the Iranian Diaspora, featuring works for solo viola, viola and electronics, viola and voice, and viola and piano. The recording explores her passion for the music of her home country through a range of sounds, colors, stories, memories, and identities inspired in different and unique ways by Iran.

In the Avestan language of ancient Iran, “Nemāno Gaona” means “colors of home.” In collaboration with several composer colleagues, Kimia Hesabi brings together a debut album of works that are each uniquely inspired by her home country. As a collective these works represent various qualities from Iranian folk, classical, and contemporary music, and display a unique identity, sound, and story. These works showcase a musical language and performance practice that explore a mutual exchange between cultures. Despite the differences in background and compositional styles between the composers, they all examine a unique blend of Iranian music and Western art music characteristics, and in doing so allow performance practitioners of Western art music to explore a new musical language.

Song and Whispers was composed by Gity Razaz for Kimia Hesabi in 2019. Razaz explores two main ideas in this piece: a sound world created by pure atmospheric sounds, and the organic and original flavor of Iranian music. Song and Whispers comes from the relationship of the two sound worlds created by melodic components and atmospheric effects. Razaz envisions the atmospheric effect as “whisper,” with its soft, pitch-less quality, intense yet barely noticeable at the same time. On the other hand, she creates melodic components, resembling qualities of a “song”. The alternations between atmospheric sounds and melody create dramatic contrasts that imbue the piece with narrative intensity.

Bahar Royaee’s Tombstone, explores colors that deviate greatly from idiomatic expectations for viola. Her compositions are a blend of timbral and sound-based atmospheric structures, interspersed with lyrical influences derived from her Iranian background. Tombstone is in three movements and based on a poem by Iranian poet, Yadollah Royaee, who has a collection of poems around the theme of death. Each poem in this collection is an imagination of a tombstone for a fictional or real person.

“A Tombstone for Simin:
... and I saw the “death” as a child,
running, exhaustedly, away
from the death.”

Variant and Sonata for Viola and Piano are both works by Alireza Mashayekhi, a pioneer in the avant-garde music of Iran. Even though the sonata was written in the nineteen-sixties, Hesabi was the first to perform this piece in 2019. The rhythmic structure of this work is created in part by experimenting with the concept of time. These rhythmic experiments in pacing and timing give the piece an improvisatory character which is influenced by Iranian classical music. In Variant, Mashayekhi incorporates flourishes that have an improvisatory character and stem from a simple motif. These motives bring to mind the concept of āvāz, which is an unmetered, modal vocal section in Iranian music. This piece displays a theme and variation form in which the variations grow in complexity, texture, dynamics, and drama.

Kamalto is a fine combination of Iranian musical characteristics and contemporary compositional techniques, as Tavakol explains that Kamalto is a combination of the two words, kamancheh and Alto (French for viola). The text in the first movement comes from the opening verses of the Mathnavi (a poem written in rhyming couplets) by Jalālad-Dīn Muhammad Balkhī, more widely known as Rumi. The musical sound of the Farsi poetry (transliterated into a Latin alphabet in the score) contributes to the meaning of the piece.

Veiled for viola and electronics was composed by Niloufar Nourbakhsh and inspired by two specific subjects: the hijab and the “veiled” presence of women in Iran. “The covered hair is a metaphor in general for women’s presence in the society…on the other hand, I used the meaning and concept of “veiled” in creating sounds from the instrument that “dissolve” or are “covered” in various ways”. In 2017, a series of protests known as the Girls of Enghelab Street (Revolution Street) movement took place against the compulsory hijab for women in Iran. Nourbakhsh recalls being moved by this event and the tragedy and violence it provoked, and was motivated to center Veiled on it.

Hani and Sheh Mureed is composed by Mozhgan Chahian in four movements, each depicting characters or tales from Balochi folklore. This ancient tale dating back to the 15th century, mirrors the life of Balochi heroes, and is a symbol of Balochistan’s philosophy and culture, displaying the tragic love story of Hani and Sheh Mureed. According to the story, Hani and Sheh Mureed were engaged to be married and became separated for almost 32 years due to Mir Chaker’s guile, who was the ruler at the time. Chahian was inspired by not only the tale of Hani and Sheh Mureed, but also by Balochi culture and music in general.