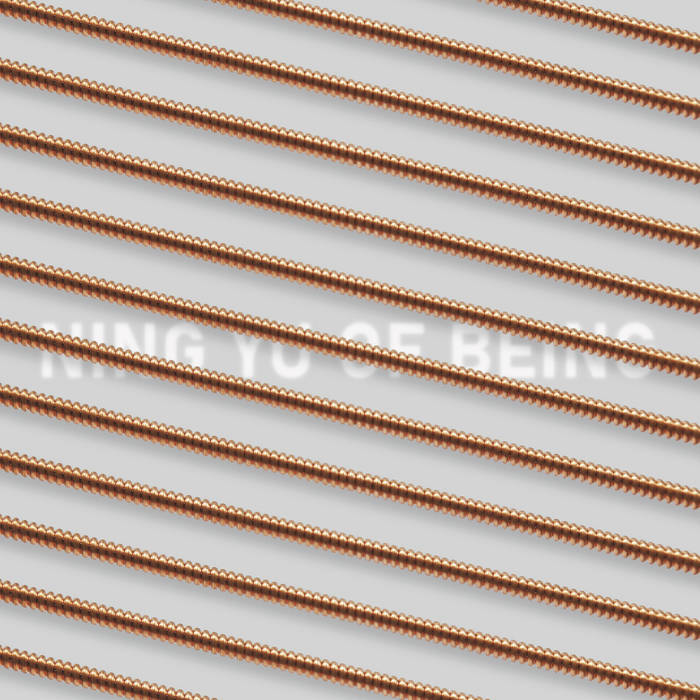 Pianist Ning Yu (Yarn/Wire, counter)induction) releases her debut recording, “Of Being,” featuring the premiere of works by Wang Lu, Misato Mochizuki, and Emily Praetorius that together form a conceptually powerful collection. With various embedded themes from humanity’s impact on the natural world to the deceptive nature of temporality, the three works on this recording celebrate the process of translating an idea into a musical manifestation.

Wang Lu’s Rates of Extinction is both a lament for mortally endangered species and a celebration of pianistic virtuosity. The opening movement begins with a repeated pulse, slowly layering different polyrhythmic material and characteristic motives upon it, “to represent the heart rates of different animals that went extinct around 2015.” Messiaen-like bird calls interrupt the ominously insistent D5 that started the piece. Movement two begins more brilliantly, with a rapid repeated note figure in the highest register of the instrument. A pleading two-note motive emerges below as an expressive counterpart to the explosive bursts. Movement three reprises the “heartbeat” approach of movement one, with a primary pitch one step lower on C, tolling low bass notes and bell-like pitches in the high register. The fourth movement introduces the work’s most extroverted music, again opening with insistent, Morse code like repeated figures, around which dart angular, stabbing chords and fleet passagework. Wang Lu’s ecosystem of sound takes a brief, introspective pause before the movement closes with a vigorous intensification of the previous material. The final movement of Rates of Extinction is more subdued, as sustained ethereal harmonies invite us to contemplate a future robbed of the vibrancy of species diversity.

Misato Mochizuki’s Moebius-Ring is a musical manifestation of the mathematical paradox with the same name. Mochizuki writes, “we pass successively from the front to the back of the ring while remaining on the same side of the ribbon.” The work is arranged into a series of variations, also based on repetitive pulsations. The stark processional opening leads through staggered off-kilter entrances, sequential chords, fast repeated notes in the high register, and percolating alternating textures marked by spiky accents. In each case, Mochizuki establishes a pattern and gradually deconstructs it, ultimately leading back to the repetitive pulsations that represent the inescapable starting point of the ribbon. After the piece is deconstructed down to one repeated note, Mochizuki begins to build the texture back up, first tentatively with harp-like ascending arpeggios, and then with a jaunty section featuring many of the motivic ideas from earlier in the work.

Emily Praetorius’ three movement title track “navigates a space between suspended time and flowing time.” The minimal musical material is designed to invite the listener to focus on subtleties like decay and intervallic relationships. By weaving phrases across large registral leaps and integrating different articulations like muted pitches and harmonics, Praetorius creates a delicate three-dimensional soundworld. Brief scalar flourishes and moments of increased density accelerate the perception of musical time, as the balance between suspension and flow shifts through the piece. The second movement opens in a more timbrally experimental space, with all of the pitches of an ascending scale sustained with the pedal, followed by a percussive hit on the body of the instrument and a scrape on the strings inside the piano. Silence frames these hybrid gestures as Praetorius introduces subtle variations, expanding the sense of the temporal canvas framing the music. We hear the material within a more rhythmically regular context towards the end of the movement, before several haunting string scrapes highlight otherworldly overtones to bring it to its close. The short third movement opens with floating descending passages reminiscent of wind chimes. As the music enters lower registers, it becomes louder and more impassioned, only receding in intensity once it turns and ascends back to where it started. The final movement hearkens back to Wang Lu’s first movement, opening with repeated muted notes, alternating in different tempi and registers. Over the course of the movement, Praetorius integrates rolled chords, harmonics, and glissandi articulated with a slide on the string. As with previous movements, rhythmic regularity and density of material move the texture towards a peak, but the movement remains ritualistic and meditative.

Ning Yu’s performances throughout are virtuosic and poetic. Taken together, the three works share striking similarities despite being generated from divergent sources of inspiration. “On Being” is a poignant recording documenting significant new repertoire for piano that speaks to probing themes through sound.