Philippe Manoury: The Book of Keyboards 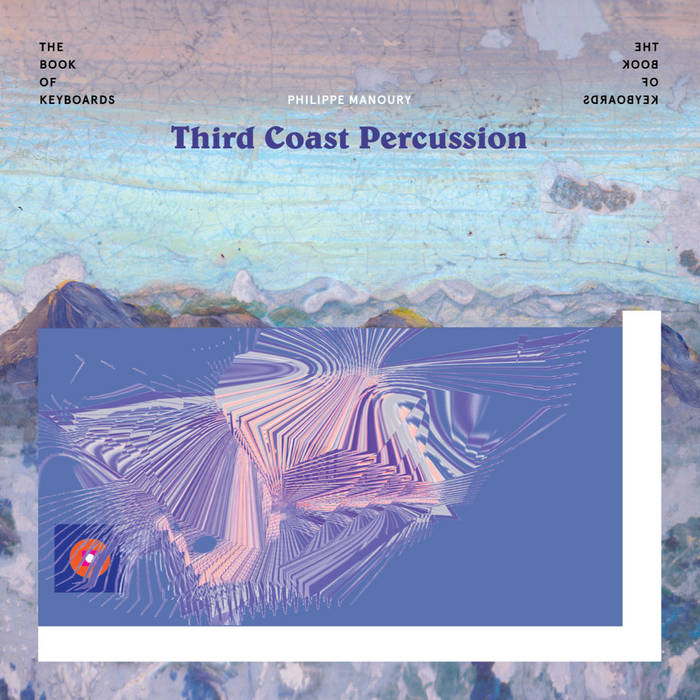 Nick Notis Where to start? The instrument design is stunning. Musicianship and composition are too. Simply an awe inspiring release no matter how many times I hear it. Favorite track: Le Livre des Claviers: VI. Sixxen.

Grammy winning ensemble Third Coast Percussion releases their newest recording of two landmark works by acclaimed French composer Philippe Manoury. Manoury’s work is aligned with the modernist French tradition as articulated by Pierre Boulez; his music is imbued with values shared with the world of research and marked by ambitious instrumental challenges. His work has been particularly informed by his expertise in electro-acoustic composition and real-time interaction between acoustic instruments and computer generated sounds. In these two remarkable acoustic pieces, Le Livre des Claviers and Metal, Manoury explores the rich world of tuned keyboard percussion instruments, a category he broadens to include low pitched Thai gongs and a fascinating set of six homemade instruments called sixxen, originally imagined by pioneer Iannis Xenakis. Xenakis specified some sonic parameters for sixxen, but gave no specific instrument designs. Notably, pitch is not a fixed parameter in the design specifications for sixxen, so it is up to the performers to build instruments that create an engaging pitch landscape. The sixxen works, therefore, are shaped by Manoury’s compelling rhythmic writing and elegant sense of contour, and a listener might be tempted to muse on ways the piece would sound different, or the same, with another set of sixxen. While Xenakis’ use of these instruments was somewhat brutal, in Manoury’s hands, they also display a ritualistic, ethereal side, sounding occasionally like clanging church bells from the worship house of an exotic theology. Two movements for thai gongs and marimbas, a marimba duo, and a vibraphone solo represent the rest of Le Livre des Claviers, containing precise, demanding music that nevertheless avoids the kind of dramatic resistance often associated with writing of this complexity. The dynamic between the rigors of the mallet percussion movements of Le Livre des Claviers and the sixxen movements amounts to a kind of refraction of Manoury’s vision through a distorting lens, particularly as it pertains to pitch. Present throughout all of these movements and in Metal (his expansion on the potential of sixxen after writing Le Livre) is a natural, unencumbered flow underlying Manoury’s phrases, even in the most virtuosic passages. This is, of course, a testament to Third Coast’s well documented expertise, but also suggests that an affect of detached effortlessness may be shared with or influenced by his work in the realm of computer music. Perhaps it is consistent with Manoury’s role as a researcher — he observes and creates phenomena with a carefully cultivated balance of detachment and wonder.