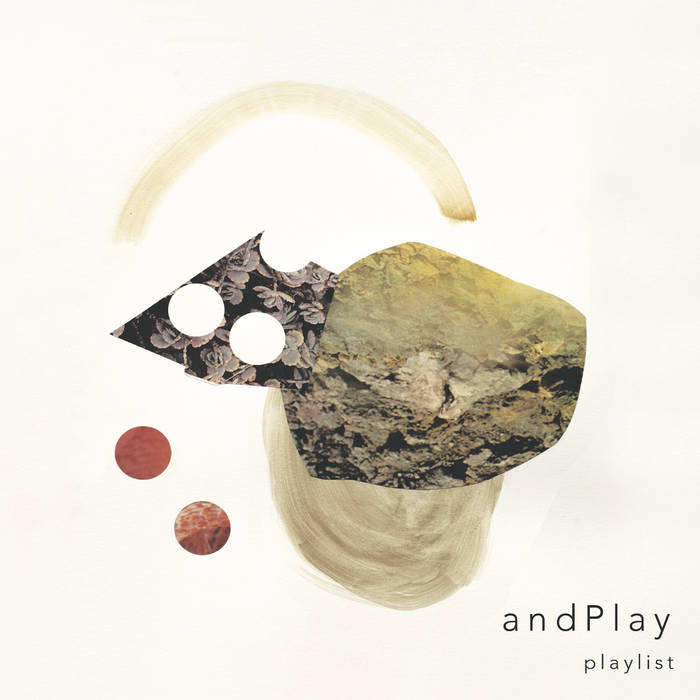 The violin/viola duo instrumentation is defined by its focus and its limitations. Two instruments, at the high range of their instrumental family, with the same mechanism of sound production, and yet possessing distinct voices due to their subtle differences in register, size, and string thickness. The result is an instrumental combination that is simultaneously symbiotic and individualistic, highlighting the points at which the two merge into one while underscoring their dialogue with one another. The duo andPlay (Maya Bennardo, violin and Hannah Levinson, viola) have made it their mission to excavate the potential of their instrumentation, encouraging composers to write works that produce music that is far beyond the sum of the two parts. “Playlist” is their first release chronicling this work, and features music written for them by David Bird and Ashkan Behzadi, alongside the first commercial studio release of a work by Clara Iannotta, all of which approach sound in layered ways, while preserving a cohesive aural result.

Askhan Behzadi’s Crescita Plastica is a dense struggle between opposing musical elements — sustained lines with crescendi of varying lengths; violent interjections of double stops; furious microtonal passagework; and razor thin ponticello outbursts. Stepping back from the torrent of sonic information, one hears a multi-textural temporal counterpoint of material unfolding horizontally as opposed to vertically. On an expressive level, the tension generated by the contrasts and extreme intensity of the gestural language suggests a psyche torn in many directions. An ecstatic climactic passage over a pedal point of a repeated open string invokes distorted fiddle music in what Meaghan Burke aptly describes as a “microtonal hoedown” in her liner notes. The music returns to its earlier severity quickly thereafter, the momentary liberation reigned in and replaced with the underlying unease that pervades the work.

David Bird’s Bezier opens with a playful cataloguing of timbres on the instruments, focusing on a non-pitched vocabulary of scratches, cracks, pops, and breathy bow sounds in childlike exploration. Emerging from this texture are ethereal harmonic trills, briefly conjuring the fragile sound world of Sciarrino’s solo violin works. The work floats into a remarkable section of chirping sounds incorporated into ascending passages that one could understandably mistake for a field recording in a bird sanctuary. A brief fragment of a Baroque style bariolage passage grows into full blown arpeggiations between the two instruments, reveling in their resonance over a drone. Bird reintegrates much of the earlier material, combining the disparate sounds for a more heterogeneous texture. The work closes with creaky harmonics, like the sounds of a still swaying swing set just after the children have finished playing.

The sonic palette in Clara Iannotta’s Limun shares much with the pieces heard thus far — shimmering harmonics, brilliant ponticello exclamations, and weightless glissandi. But if Behzadi was exploring tension between contrasting impulses, and Bird was examining the timbral potential of the instruments themselves, Iannotta seems to be more interested in forming composite phrases that establish a tactile sensuality. Limun also has the unique distinction of having parts for two page turners, and their raison d’etre becomes clear midway through the work when they intone a high drone on two small harmonicas. Iannotta does not square the circle by bringing back the material from the opening. Instead, the structure of this otherworldly work remains unresolved in any conventional sense, as if a portal to a new landscape opened up midway through and having walked through, we are sufficiently entranced that it doesn’t occur to us to look back.

The final work on the recording is also from David Bird; his Stanislaw Lem inspired Apocrypha is the most immersive music on the recording, primarily because of the environment created by the electronics, rendering the performers protagonists in a shifting world. The dialogue between acoustic and digital sounds is a far cry from Bird’s patient, child-like examination of the bow, strings, and wood of the violins in Bezier. Whereas Bezier found new sounds from the familiar, in Apocrypha we have been thrust into an unfamiliar environment where the acoustic sounds struggle to retain their organic identity. The instrumental protagonists put up a valiant fight at one moment in the work, asserting themselves in such a way as to suggest a direct sparring match with their electronic overlords. Streaming descending glissandi shortly thereafter seem to suggest that they lose the battle.

Maya Bennardo and Hannah Levinson are true ambassadors for their instrumentation, pushing their collaborators to find new ways of writing for their instruments that sound like more than just a violin and a viola. And yet, this collection of recordings goes far beyond just exploring the limits of instrumental technique and sound, engaging with aesthetic boundaries and possessing the ineffable, mysterious quality of communicating emotional truths far greater than the sum of their parts.