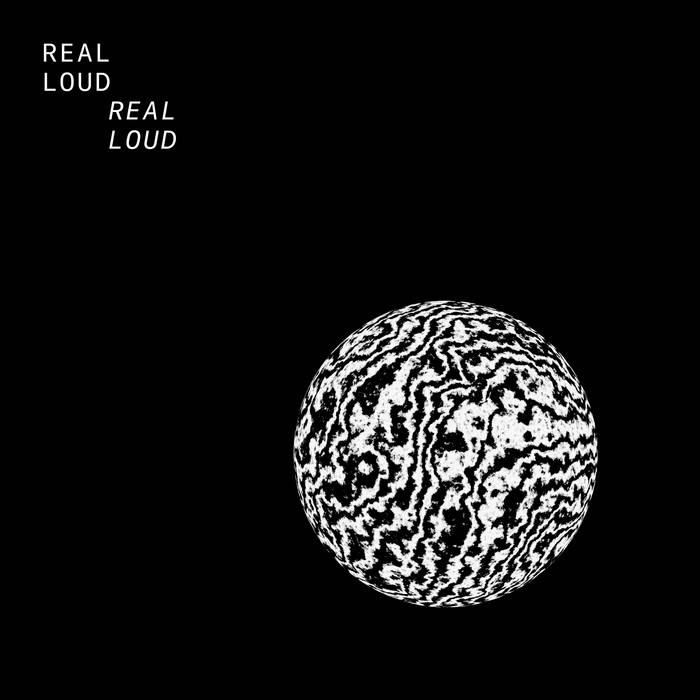 Real Loud opens with Pascal Le Boeuf’s Forbidden Subjects, a tour de force of mixed meters, angular accents, and pulsing grooves inspired by the extreme metal band Meshuggah and dedicated to Louis Andriessen who mentored Le Boeuf from 2015-16. The title refers to three subjects Andriessen discussed as low profile feelings that are not good for art: sex, violence, and horror. A steady repeated note ostinato passed between the low registers of bass and guitar grows out of an initial smear of bends and a descending tremolo glissando. Accented hits begin to punctuate this rhythmic grid before snaking lines evolve from there. Le Boeuf sets up compound scalar lines between left and right subsets of the band, with one finishing the other’s musical idea, deftly truncating figures to distort the meter and drive the texture forward. Modular ideas are interchanged in fast jump cut style, with a quintuplet unison riff serving a transitional and structural function. The relentless density is momentarily suspended in the middle of the work as pulsing improvised textures in the guitars and basses are ritualistically detuned down and then up again. The quintuplet riff returns, growing into a drum battle between Mark Utley and Clara Warnaar (of Infinity Shred) before a jangly maelstrom emerges and pushes towards an ecstatic climax.

Paul Kerekes’ Codependence explores a more ethereal sound world, featuring interlocking lines of harmonics and over-ringing chords above flourishes in the drums and cymbals. Watery phrases start in the high register and spill down, settling momentarily before a new phrase begins. In the middle section, the texture becomes more continuous as arpeggios flow in and out of the two guitars, anchored by repeated figures in the basses. After the more active section dissipates, the fluid material from the opening returns before the piece ends with gently hocketing chords.

Brendon Randall-Myers (whose dynamics of vanishing bodies for electric guitar quartet was released in the fall of 2020 on New Focus) follows with the gnarly Double Double. A groove of repeated notes in a fast triple meter is established from the opening before it opens up into a tangled web of interlocking lines. Randall-Myers gradually widens the initially compressed register as high accented notes dart out of the spidery passagework. Throughout, the ensemble plays in a similar phrase contour without being in rhythmic unison, creating intricate, tight machines of sound. After a series of syncopated scale fragments broken up by tolling harmonics, the group intones deep, low register chords, harbingers of doom. The return of the insistent repeated notes from the opening is heard here in a more expansive context, with angular, percolating figures dancing between the instrumental parts. The pitch register compresses down to a dense power chord cluster as the piece comes to a powerful end.

The album closes with its most experimental music, Go in Secret by Jenny Beck. Mysterious harmonics, an enveloping windscape sound, and a pad of drones evolve in the work’s opening minutes. Slowly ascending lines played with a slide surface in the guitars while the drummers play foreboding fragments on the toms. Suddenly, massive chords splash across the mix while unsettling found sounds are heard close and upfront. Disembodied voices, performed by Beck herself, spin a distorted, chantlike melody. Delicate, unpitched crackling sounds end the work, a stark close for an album largely devoted to a maximalist soundscape. The inclusion of Beck’s piece in this program really broadens the offerings with its textural and quasi-theatrical sophistication.

Real Loud demonstrates its virtuosity not just in the powerful onslaught of grooves and rapid fire rhythmic corners in the Le Boeuf and Randall-Myers works, but also in establishing a sheen to the ensemble sound in the Kerekes and projecting a spatialized timbral soundscape in the Beck. This is an album that truly straddles several genres, appealing to devotees of each, uncovering a throughline of artistic community.