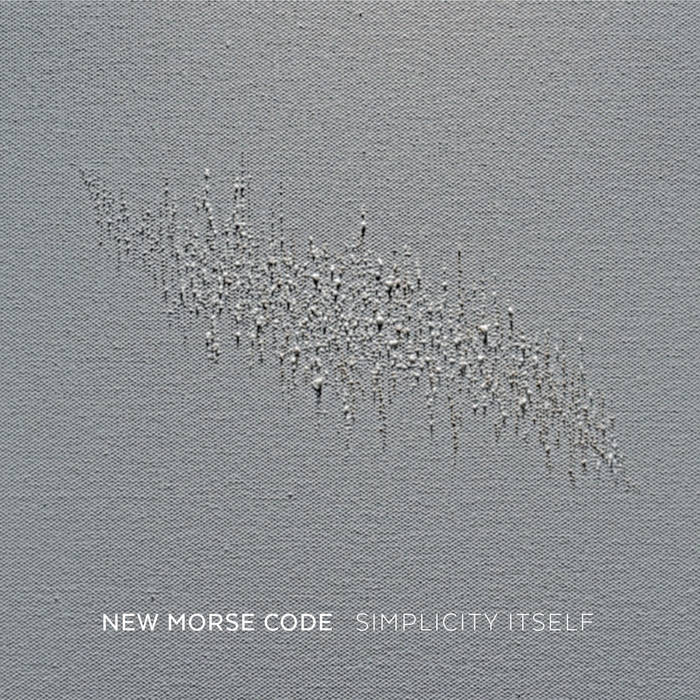 As their name suggests, contemporary music duo New Morse Code (cellist Hannah Collins and percussionist Michael Compitello) prioritize communication in their performances. Their new recording, Simplicity Itself, is a document of their wonderful balance between instrumental brilliance, programming acuity, commissioning zeal, and warm performance style. The album begins and ends with works by Boston based composer Robert Honstein, whose individual approach to minimalism involves a playful approach to shifting phrase lengths and subverting rhythmic expectation through displacement. The duo is joined here on the opening track, Patter, by guest violinist Katie Hyun, and in a display of New Morse Code’s versatility and open minded approach, Collins joins Compitello on mallet percussion for the final track Unwind, a contemplative study in polyrhythm.
Tonia Ko’s Hush operates more gesturally, and her style is at times reminiscent of the type of sound painting and economy of materials one hears in the work of George Crumb. In the opening movement, “The tongue is but a clapper,” Ko integrates fragments of text from Virginia Wolff’s short story The String Quartet into the musical fabric. The ritualistic middle movement includes brief bursts of dramatic wide vibrato and nervous tremolo figures in the cello accompanied by expansive cymbal rolls. The final movement again allows Collins to show her versatility, this time on a lyrical vocal part that weaves in and out of her cello line and Compitello’s vibraphone. Recent Pulitzer prize winner Caroline Shaw contributes her Baroque inflected work Boris Kerner to this collection. Opening with a ground bass, Shaw chooses to preserve the melodic primacy of the cello line -- instead of building harmonic and melodic variation on top of it, she builds rhythmic and melodic variation into the bass line itself. Compitello accompanies on flower pots, a nod to Frederic Rzewski’s iconic work To the Earth.
Early music makes its presence felt as well in Paul Kerekes’ Trio in Two Parts, a dynamic movement that toys with canonic writing. Kerekes’ second movement establishes an evershifting pulsation from piano and percussion under plaintive, lyrical lines from Collins’ cello. Listeners familiar with Louis Andriessen’s work will hear a nod here as well to the great Dutch post-minimalist, both in the angularity of the tightly coordinated ensemble writing and in the ethereal, weightless quality of the second movement. The symmetry of the album’s program echoes its content – these pieces written for New Morse Code are primarily engaged with drawing our ears towards fundamentals of pitch and rhythmic organization. There is plenty of complexity in the works on this recording, but by naming the album Simplicity Itself (taken from the Virginia Wolff text in Ko’s work) New Morse code seems to suggest that deep within this music is an underlying ground of fundamental elements that is a source of connection. For a group dedicated to communicating through a new “code”, the message of joy on this recording reads loud and clear.