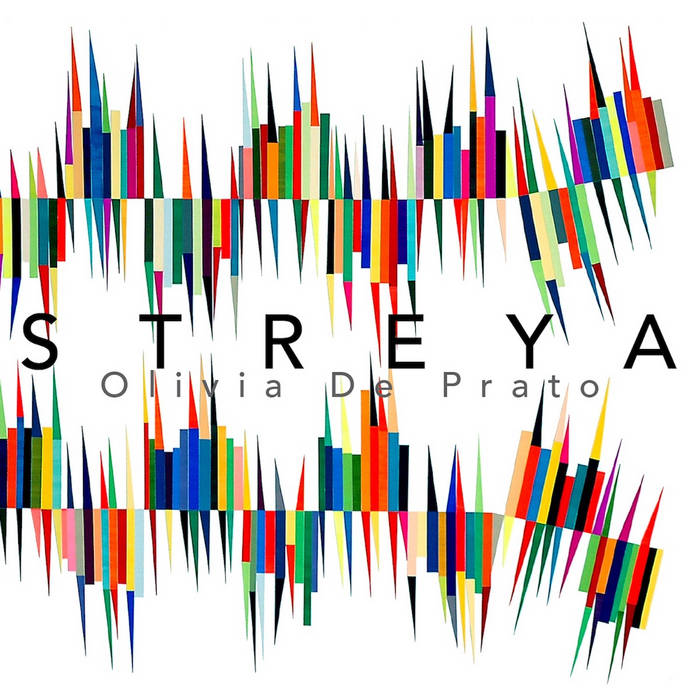 Austro-Italian violinist Olivia De Prato has been an active performer in New York City’s contemporary music community since moving there in 2005. As a member of critically acclaimed ensembles, the Mivos Quartet, Ensemble Signal, and Victoire, De Prato has been invoved in commissioning, premiering, and recording countless new compositions, with a range of figures spanning the diverse landscape of new music. STREYA is a document of some of that work, with a program of six beguiling pieces by figures from Manhattan School of Music composition department member Reiko Füting to avant-garde improviser extraordinaire Ned Rothenberg to Mannes School of Music faculty and composer/songwriter/bandleader Missy Mazzoli. The works and performances herein display De Prato’s versatility as well as the flexible reach of programming in today’s New York concert community.

Samson Young’s Ageha.Tokyo deftly merges extended timbres on the violin with electronics that mine a vocabulary that places the listener in a futuristic technological landscape. As the work opens we hear the violin struggling to come out of its cocoon so to speak, as its sound endeavors to fully project past self-imposed restrictions.

Lowrie’s Streya contains some of the most conventionally violinistic music on the recording. Lowrie is De Prato’s viola partner in Mivos, and her husband, and displays his versatility as a composer with this music, in turns reminiscent of the solo violin music of Bartok and Ysaye while also exploring more fragile territory evocative of Sciarrino.

Ned Rothenberg leans on his background as a free jazz clarinetist to generate a through composed piece that retains a sense of spontaneity. In his liner note, Rothenberg describes the piece as akin to a short hike that extends itself into various new directions. The excursion that initially was intended to be a short walk has turned into something more — an adventure.

In Wane, Taylor Brook takes advantage of multi-tracking possibilities by embellishing a lead violin part with four additional pre-recorded “shadow” violins, all tuned slightly differently (and all recorded by De Prato). When played together, an effect of what Brook calls an “amalgamated glissando” can be heard, coloring the primary violin in an unsettling halo of pitch. As the violin writing becomes more dense and virtuosic, one finds themselves in a disconcerting sonic hall of mirrors.

Reiko Füting’s Tanz.Tanz is based on an analysis of Bach’s towering Chaconne in D minor from the Second Partita for unaccompanied violin. The analysis, by German musicologist Helga Thoene posits that Bach integrated hidden chorale tunes into the harmonic fabric of this iconic piece. Füting’s title is inspired by a novel by Japanese author Haruki Murakami. The presence of a work inspired by Bach’s canonic compositions for solo violin connects this collection to the long tradition of unaccompanied violin repertoire.

Missy Mazzoli’s Vespers for Violin draws material from her larger ensemble work Vespers for a Dark Age. Sampled keyboards, organs, voices, and strings “drenched in delay and distortion” provide the pre-recorded accompaniment to the solo violin part. Slithering glissandi begin the work, interspersed with quick scale bursts. Despite the wealth of source materials from the earlier work, the new piece is an entirely distinct composition that demonstrates Mazzoli’s ease in navigating the worlds of experimental pop, indie classical, and corners in between. The work is an expansive coda to an album that casts a wide stylistic net through the prism of a treasured genre, works for solo violin.

Design and layout by Jessica Slaven