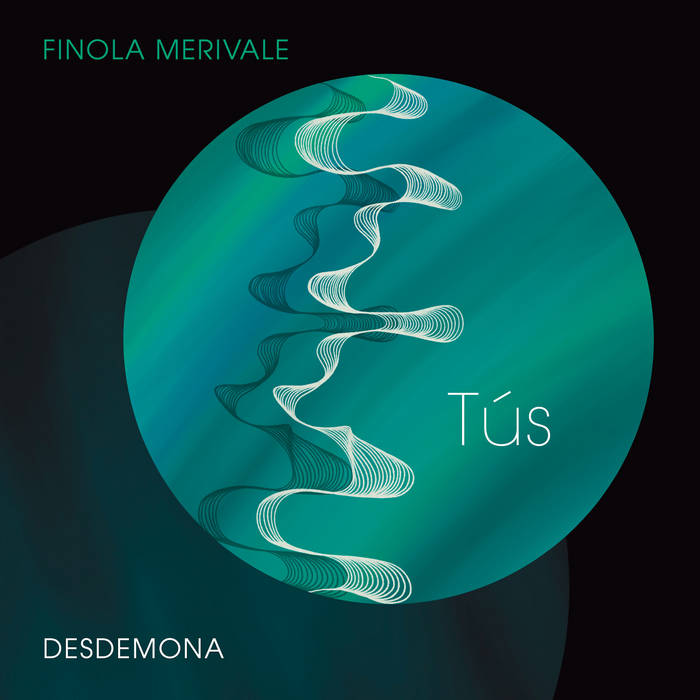 Irish composer Finola Merivale’s debut release Tús encapsulates her energetic, kinetic music in selections drawn from the last ten years of her catalogue. Highlighting her fruitful working relationship with the New York based Desdemona string quartet, the album includes five works for various instrumental configurations within the quartet that demonstrate Merivale’s penchant for creating evocative textures that emerge from her adept handling of instrumental subtleties.

Opening the recording is Do You Hear Me Now? for string trio, a furious, cathartic work that barrels forward with manic intensity. The opening several minutes of the piece feature repetitive, intertwined high register passagework, buzzing like an unrelenting swarm of insects. Merivale creates contrast in a subsequent section that breaks up the virtuosic figuration with coordinated pizzicati, glissandi, and off-kilter outbursts. A dense ponticello unison sonority triggers a more static middle section, taking stock of the wreckage wreaked by the earlier sections. The work finishes with a vigorous dance, eventually spinning out of control as if to take off and go airborne.

Arbores Erimus, for violin and electronics and performed by Adrianne Munden-Dixon, shows a more open ended side of Merivale’s notational strategies. The score invites the performer to improvise off of their own reflections of the notated material. Munden-Dixon’s realization is ethereal, as glistening harmonics populate the electronics and provide a pad for sighing melodic lines, replete with embellishing swells and figuration. The final minute of the piece bursts out of the relatively pacific texture that preceded it with powerful gestures worthy of Bernhard Hermann’s soundtrack to Psycho.

The percolating energy of Do You Hear Me Now? returns in Release for violin and piano. Merivale subjects her motives to subtle development and evolution within a tightly restricted frame, expressive of the sense of confinement many artists feel inside institutions. Moments of liberation are manifest in more gestural figures. The work doesn’t unfold in a strict teleology, instead embodying constriction and escape as alternating and enmeshed impulses.

The Silent Sweep as You Stand Still, for violin and cello, is the newest work on the album and also its most steadfastly introspective. The intensity of the composition lies beneath the surface sounds, held in the subtle ebb and flow of its poignant quietude. Only about three fourths through the work does that intensity boil over into vigorous material traded between the violin and cello.

The final work on the album, The Language of Mountains in Rain for string quartet, was written when Merivale was living in Hong Kong and working as an English teacher. The work draws inspiration from Hong Kong’s unique landscape - maximum urban density surrounded by mountains and the sea - as well a novel by David Mitchell, Number9Dream, and traditional Irish melodies. The material from Merivale’s native country is considered at a remove, integrated into a pizzicato line that makes up only one thread of the larger tapestry of her experience there. The Language of Mountains in Rain is somewhat more episodic than the other works on the recording, narrating a story with complementary but distinct settings. Textural sound painting, a nostalgic passage for the cello, and a colorful and dryly humorous section of hybrid timbres combine to form a collage reflecting the complexity of the experience of being far from home. The work closes with a dramatic “devil may care” flourish, tossing the deliberative aspects of the earlier part of the work aside, and encapsulating Merivale’s cultivated balance between inward and outward impulses in her work.

Do You Hear Me Now? was commissioned by Kirkos Ensemble, with support from the Arts Council of Ireland (2017)

Release was commissioned by Music Network, with funds provided by the Arts Council of Ireland (2019)