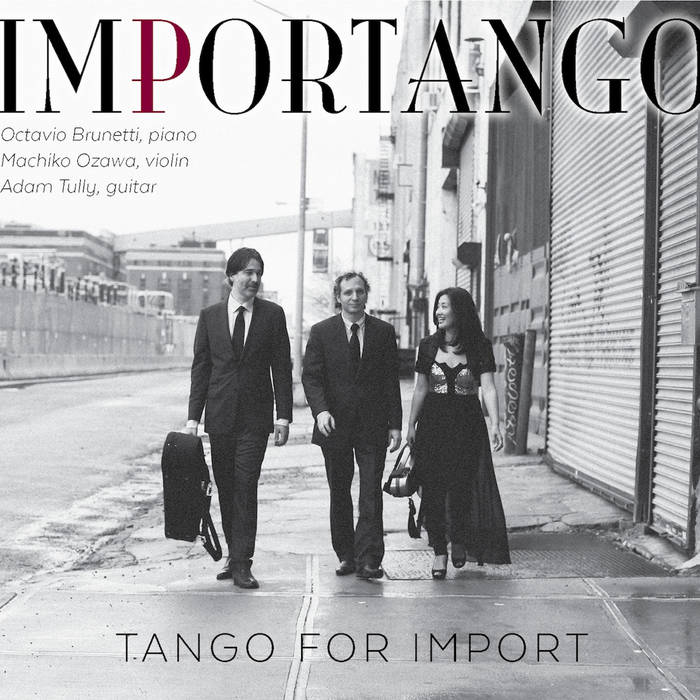 From the beginning Importango was an unusual group. Our instrumentation—violin, piano, and guitar—was atypical for the tango genre. Our three members came from three different countries – Japan, the United States, and Argentina. We were an unlikely trio, but it was clear from our first night on stage that we had chemistry.

One passion united Importango: our quest to discover, cultivate, and transmit the ‘real’ tango, the authentic tango, the most genuine elements of this incredibly rich music. We wanted to tap into the sources, handle the prime materials, then deliver them to our fans.

‘Tango For Export’ was the unimaginative term created by record company executives in Argentina the 1980s. The idea was to identify music that would be more accessible to consumers outside of Argentina. The idea at its core is crass and cynical, vastly underestimating the cultural interest of audiences and encouraging artists to create for the lowest common denominator. This is always a dangerous prospect.

Tango for Import is therefore the philosophy that guides us: we believe that audiences crave the best music possible. We believe that when a person is exposed to a new culture, and to that culture’s most authentic artistic expressions, that the experience is enriching and even life-changing. Audiences deserve the real thing, not a watered-down version. Importango always existed for that purpose – to ‘import’ the language of tango from Buenos Aires to New York City and beyond.

Machiko Ozawa is a brilliant and passionate violinist who after being exposed to tango—real, essential tango—made it her mission to study and perform the music in New York, her chosen home, in Japan, her native land, and in the world beyond.

I fell into tango in college, while studying in Buenos Aires, and then again years later in New York, where I slowly but surely became a part of the tight-knit, quirky, and wonderful world of tango music and tango social dance.

Octavio Brunetti was our guru. Thoroughly steeped in tango and Argentine folk music, with experience in tango performance far beyond his years, Octavio was also nothing short of a brilliant musician, the type that comes along once in a generation. Octavio lived in New York for nine years, and because of his presence every tango musician here became better. Because Octavio was a beautiful, generous person, we became better players, better practicers, better students, and better people. He once said to me, “The kind of musician you are is the same as the kind of person you are.” He was speaking in general terms, but I hear those words today and realize how perfectly Octavio embodied them.

Octavio died August 29, 2014, shortly after ‘Tango For Import’ was mixed. He arranged most of the music on the album and participated in every aspect of its creation, most of all in five years of weekly performances at Importango’s residency, ‘Tango Thursdays’ at Pane e Vino in Brooklyn. With eternal love and gratitude we dedicate this album to his memory.

All arrangements by Octavio Brunetti except 8, by Adam Tully