The Calls of Gravity 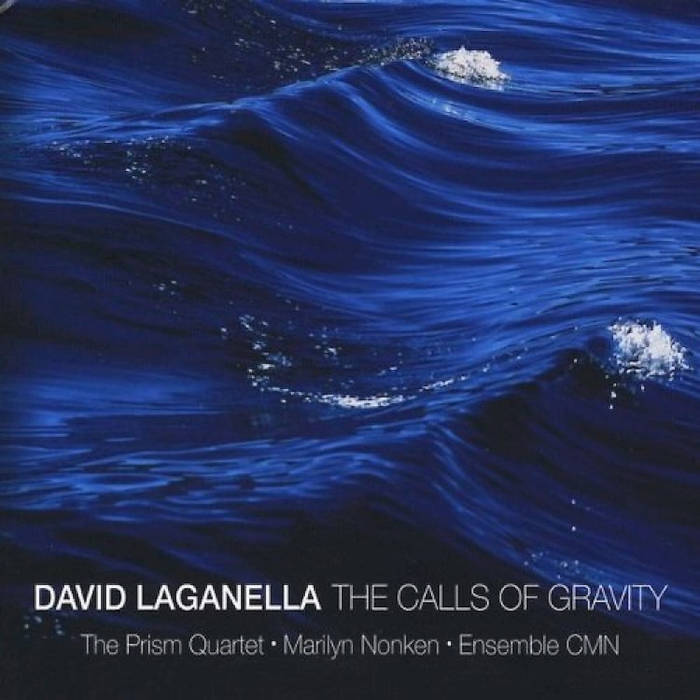 "Gravity, magnetism, waves, wind — the common denominator in these natural phenomenon is a strong, forceful core of power. Much music that draws inspiration from nature is visually evocative, and paints a picture of natural scenes. David Laganella’s work is focused on a more elemental approach, opting instead to build the texture of the music itself around a fundamental energy that is the essence of the relationship between the earth, the oceans, and the heavens. A sense of gravitational force drives these compositions, pulling and pushing in sound and gesture around an elemental, immovable presence.

For Laganella,“The Calls of Gravity is a reference to a technique that is prevalent in many of my works in which musical objects are attracted towards each other, some objects with greater mass than others. The tidal cover image is an apt metaphor for my musical process, where gravity dictates the movement of sounds that swirl like waves around a central core of energy or the power that pulls waves on to the shore line then decimate to transparency, ultimately pulled back to repeat the process.” - Peter Burwasser