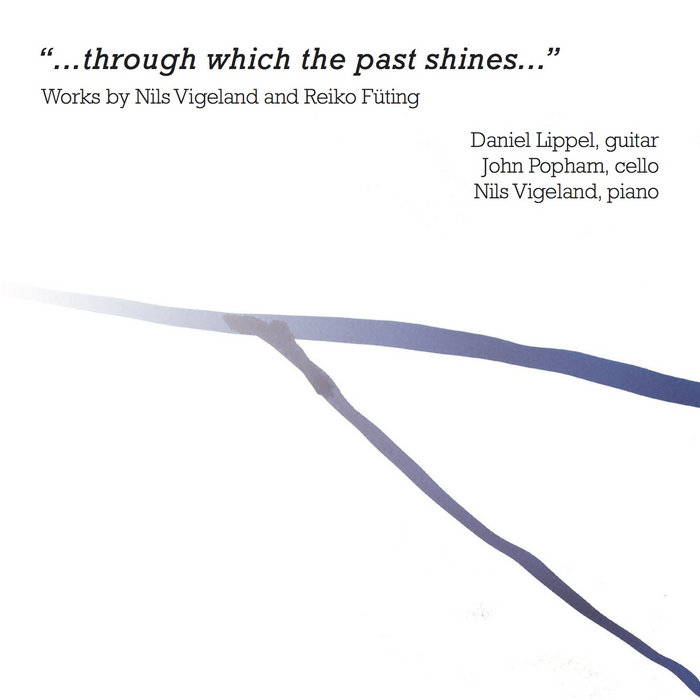 Among the challenges facing a contemporary artist is how to negotiate a balance between the impulse to progress with the desire to preserve. In contemporary music, much activity aligns itself with one or the other, but not always with both at the same time. The composers featured on this recording, Nils Vigeland and Reiko Füting, unselfconsciously strike an equilibrium between the richness of our literature and the forward looking directions of the day. This project is a compilation of their music for guitar, both in solo and ensemble contexts, as well as a celebration of the values running through their work. Guitarist Daniel Lippel and cellist John Popham have cultivated a long standing relationship with both composers reflected in the care invested in their interpretations, and Nils Vigeland makes a special appearance as well, performing as pianist on his trio. Both composers draw connections with older repertoire through quotation and integration of pre-existing themes, whether it be Vigeland’s setting of the “folia” theme in his three movement variations work, La Folia Variants, or Beatles songs in Quodlibet.

Vigeland and Füting take divergent approaches to arrangement in their settings of Hine ma Tov, a traditional Hebrew melody also heard in arrangements on a bonus track by a student of Füting’s, Halldór Smárason, and in a version by Lippel. The Füting pieces are written in an alternate tuning, relishing the subtle discrepancies between the overtone based intonation of harmonics and the equal tempered world of fretted pitches. In the austere, Alps inspired Red Wall, fragile, high register trills and tremolos contrast descending plunges to forte low notes, evoking the rarefied air on a mountaintop and the dramatic, gravitational precipice leading down to its base. Wand-uhr: infinite shadows contains the most expanded timbral language on the recording, integrating percussive techniques, syllabic vocalizing, and foot stomps into the fabric of a rippling texture of arpeggios, glissandi, and repetitive cells.

None of the works on this recording identifies itself monolithically with one unusual or novel element, instead they incorporate new components into a multi-dimensional context. Neither do they shine a spotlight on the use of one traditional compositional technique – technical craft is presented with subtlety and often even disguised. Perhaps it is this cultivated balance between inherited wisdom and contemporary sensibility that allows for present music through which the past shines.

Recording Engineer: Peter Gilbert (#6-8 only), Ryan Streber (all other tracks)

This recording was made possible through support from the Recording Program of the Aaron Copland Fund for New Music and the Manhattan School of Music Faculty Development Fund.

If you like "...through which the past shines...": Works by Nils Vigeland and Reiko Füting, you may also like: