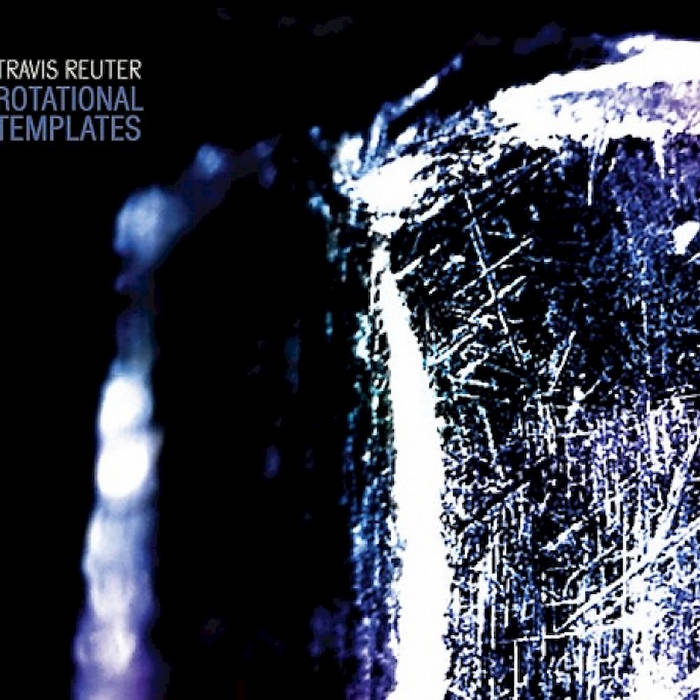 The shared affinity between experimental jazz and avant garde classical music is not new. Improvisers such as Anthony Braxton, Cecil Taylor, and Steve Coleman have drawn inspiration from the classical avant-garde for decades, contextualizing ideas developed in notated music within improvised forms. Composers such as Christian Wolff, Bruno Maderna, and John Cage have been among the scores of figures who have explored ways to use notation to facilitate various flavors of improvisation. But something is amiss in experimental corners of jazz and new music that strikes me as the next step of integration of these two trajectories that had previously only run parallel to one another. Travis Reuter’s Rotational Templates is part of this new movement, and is a bracing harbinger of where this direction might take us.
The rhythmic language of these compositions is lifted out of the world of new complexity in contemporary music; in fact, Reuter has studied composition with composition heavyweight Jason Eckardt. In Eckardt’s music, complex nested tuplets and shifting meters create a rhythmic ecosystem of sorts, as the composer deftly increases the density of events and drives the music towards a climax. But on Rotational Templates, the same rhythmic language is lifted from its patient, teleological context and allowed loose from the outset. In effect, it is the restless energy of the rhythms themselves that give this music its propulsion but also underscore its uneasiness and anxiety. My ears also recognize harmonic structures that have found their home in new complexity music, but here in Reuter’s compositions, those harmonies are lived in and inhabited as opposed to being worked out and deconstructed. It is almost as if the translation of material from a purely notated context to a context that includes improvisation hinges on a crucial distinction of how the musicians and audience relate to the material. In the notated context, we see the material being acted upon, turned upside down, inside out, rotated, and manipulated; the composer’s role is of the all-powerful puppet master. On Rotational Templates, where there is a mix between notated and improvised elements, we are living inside the harmonies and the rhythms, and they are acting upon us. During the improvised sections the material is being acted upon, but not by a controlling puppet-master, but more akin to the relationship a bull fighter has to an unpredictable animal, tangling with the unruly harmonies and rhythms in real time. I think one of the reasons I find this recording so fascinating is that we hear the aesthetic differences between a new classical piece and an experimental jazz piece even more clearly precisely because the variable of material has been neutralized – we are now listening to what it sounds like when you take musical material associated with one style and place it in another aesthetic forum.
The parameter of form, however, is the arena in which Reuter and his like-minded contemporaries start to point to a new genre altogether. Undoubtedly the sub-genre of jazz that has up until now seen the most intricate formal experimentation is the big band genre. Because of the tradition of players performing from fully notated parts, big band composers could integrate improvisations into larger scale forms that went beyond the theme and variations form that most of small group jazz was essentially based on (the theme being the “head” and the variations being the subsequent choruses over the form of the head played by the various soloists). In these compositions, Travis Reuter subverts this expectation in small group playing with new notated material in the middle of songs, manipulation of the thematic material when it returns in later sections, and an overall formal approach the betrays more of the role of puppet-master than most jazz compositions are accustomed to. In essence, in this music, we have both—the fiery spontaneity of the improviser is being used to take us from premeditated point A to premeditated point B, in service of an overall formal, and compositional goal.
At its core, this still sounds like a jazz record; the energy of the music, the aesthetic of the performances, and the underlying intentionality of the art-making are all in the jazz tradition. And yet, it is music that would be very much at home on many increasingly eclectic new music festivals around the world. With the growing community of sophisticated improvisers who are drawing inspiration from contemporary concert music, we can likely anticipate a time not far off when these genre distinctions between avant garde classical and jazz mean less and less.
- Dan Lippel, April 2012