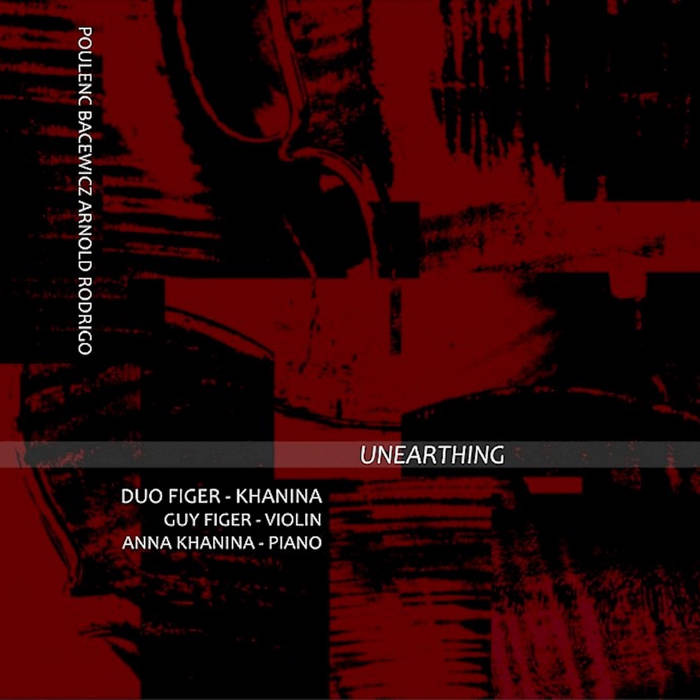 Unearthing is the debut recording by Duo Figer Khanina, a violin and piano duo that focuses on promoting unsung repertoire. This recording features four mid-century works by Poulenc, Baciewicz, Arnold, and Rodrigo that, had political and aesthetic environments been different, may have taken a more prominent role in the chamber repertoire.