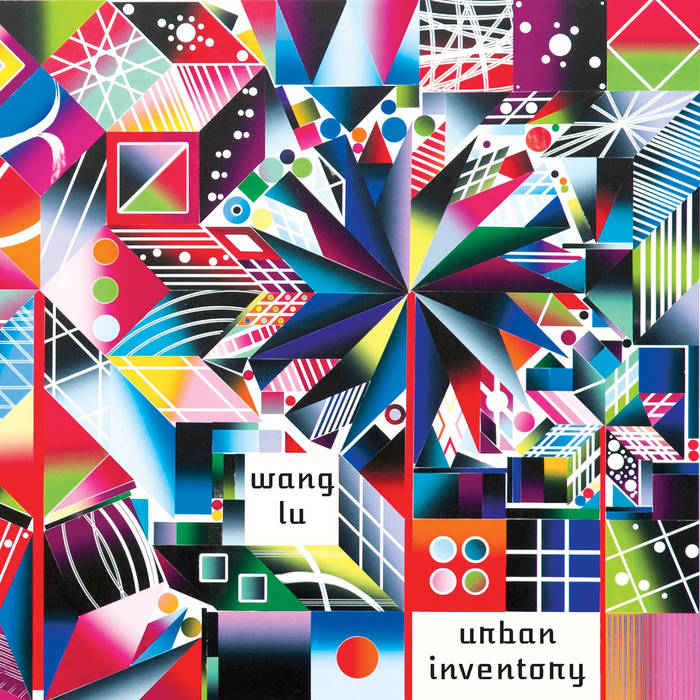 Composer Wang Lu’s debut full length recording opens with a sonic portrait of a late afternoon in the life of a Chinese city park, with pre-recorded sounds of conversations layered on top of ephemeral gestures in a mixed instrumentation ensemble. It is the perfect opening of a recording featuring the music by an artist whose ears and mind are always observing the interface between life and music with openness and wonder. Wang Lu is wonderfully adept at painting a scene through sound, using several small gestures that heard together add up to a unique world unto themselves. The ensemble writing that follows in the subsequent movements of Urban Inventory, performed here by the recently formed Third Sound Ensemble, is both virtuosic and also often tongue in cheek, displaying a refreshingly dry sense of humor. We hear more interspersed “found sounds” from the Chinese urban environment, creating an expressive world that is both quotidian but also indicative of endearment and a touch of nostalgia. Wailing, written for and performed by the Holland Symfonia, is a bombastic work for orchestra that is indicative of Wang Lu’s colorful approach to orchestration. She employs glissandi and pitch smears liberally, evoking the “wails” of Northern Chinese peasants mourning a funeral and celebrating a wedding (the wails are the same despite the drastic contrasts between events). This piece is characteristic of a hierarchy in Wang Lu’s music — she favors expressive gesture that communicates narrative and shape over the overt projection of calculated compositional techniques. However, Backstory, written for Alarm Will Sound, seems to subvert the tendency in her music to project narrative and “plot”, instead providing the suggestion of contrasting sections of material rubbing against each other, holding out the possibility of being fleshed out in a more substantial way in another work (perhaps one entitled “Story”?). Cross-Around, written for Nouvel Ensemble Moderne, is a musical portrait of human intersection and mystical connection. On Cloud Intimacy, Wang Lu explores the murky realm of internet dating. By quoting the “Tristan chord” from Wagner’s “Liebestod” within the piece and including the sounds of cell phone notifications and visual gestures of “swiping” left or right on someone’s profile picture, Lu pits a purist notion of romantic love against our utilitarian, sometimes impersonal contemporary online reality. The instrumental writing in this mixed ensemble sextet dips into the world of "downtown" extended techniques, with screeching saxophone passages, electric guitar whammy bar shakes, and long clarinet smears and glissandi. past beyond for Ensemble Intercontemporain opens with a technique heard in some of the other pieces on the disc reflecting Wang Lu’s interest in imbedding linguistic tendencies into instrumental writing, or as she describes, “expanding speech-like properties of rhythm and contour into more heavily massed textures.” These quasi-spoken passages are balanced with sections inspired by Tibetan and Thai ritual incantations, gongs, and cymbals. The result is a ritualistic texture that blends very human and otherworldly sounds. Wang Lu’s music is dynamic, colorful, and expressive, drawing from influences that reflect her background without being defined by them. Hers is an important compositional voice for the current generation of artists shaping the contemporary music scene, and this recording is a pivotal document of her recent work for ensembles.