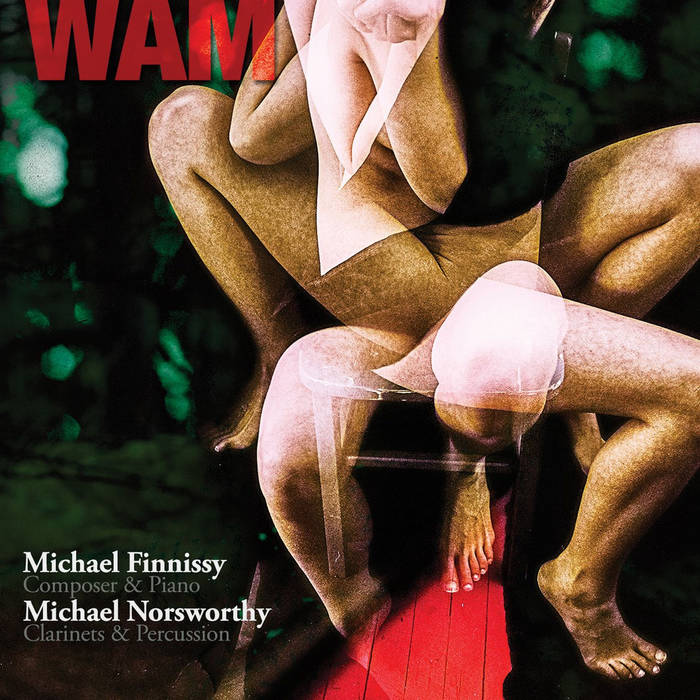 In all five of the works on WAM, British composer Michael Finnissy plays with various elements of “musical culture” - rearranging and recontextualizing old “classics”, writing chamber music without traditional synchronicity, and allowing performers the freedom to reorder their pages of music. Through this deconstruction of classical conventions, Finnissy creates music that is endlessly surprising and wide-ranging in its emotional character. The opening track, Finnissy’s evocative Clarinet Sonata, belongs to a set of sonatas that use works from the classical canon as historical models, rearranging musical material from composers such as Bach, Scarlatti, Beethoven, and Brahms. In the Clarinet Sonata, Finnissy takes the right-hand line from Beethoven’s Op. 110 Sonata and reverses it, bar by bar. While this musical material is altered, the classical four movement structure remains unchanged. L’Union Libre is an example of how Finnissy uses experiments with form and style to comment on artistic or philosophical ideas. L’Union Libre makes use of an untraditional approach to chamber music: a lack of vertical alignment between the parts, evoking Foucault’s notion of the “free union”.

In Finnissy’s self-described “group portrait”, Mike, Brian, Marilyn, & the Cats, the musical parameters are defined by a capricious whimsy. Finnissy gives the two instrumentalists six pages of music, instructing the clarinetist to order his or her pages in an unspecified manner. Finnissy further surprises us with a playful accompaniment of prerecorded “meowing and yowling” of cats. The album’s title track, WAM, explores pitch patterns and intervallic relationships found in Mozart’s music, while experimenting with yet another parameter of classical performance: spatial organization. Providing both interesting sonic and theatrical effects, the two obligato instruments relocate through the piece, playing at times from off-stage. The wild Giant Abstract Samba, juxtaposes a Brazilian samba rhythm with the clarinet’s wandering lines as Finnissy seeks to represent a “dialectical contrast” between these musical structures. WAM features masterful performances by the clarinetist Michael Norsworthy and Michael Finnissy on piano and percussion. They are joined by violinist William Fedkenheuer (Miró Quartet), and the NEC Wind Ensemble with Charles Peltz conducting.