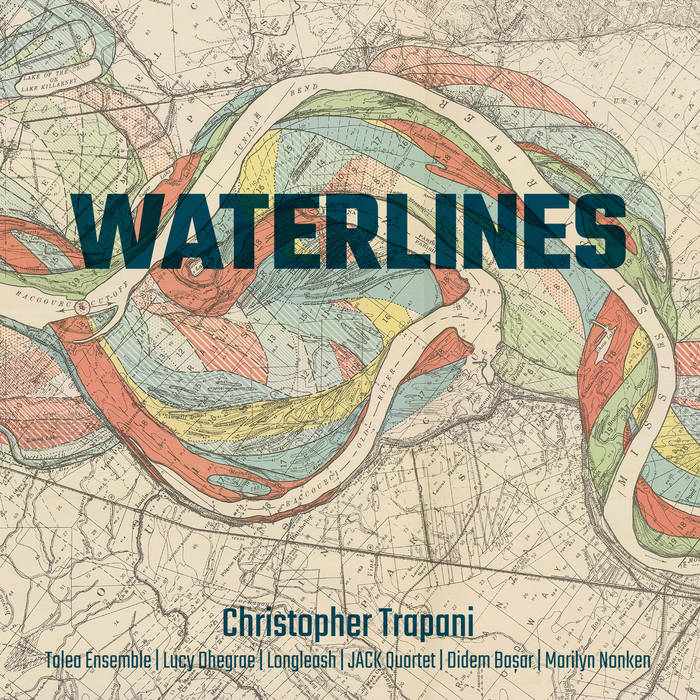 Rome Prize winner and New Orleans native Christopher Trapani's first portrait recording is in part inspired by the devastation of Hurricane Katrina on his home town. Trapani found himself reaching towards the music of the deep South, particularly Delta Blues, and exploring ways to incorporate stylistic elements into his own work. The other works of the album reflect a similarly voracious approach to style; drawing variously from aspects of Turkish music, Conlon Nancarrow, Bob Dylan, and Hank Williams, Trapani displays a deft hand at exploring a wide range of aesthetics while preserving a rigorous approach to integrating them into his work. Performers include Talea Ensemble with soloist Lucy Dhegrae, Longleash Trio, pianist Marilyn Nonken, and JACK Quartet.

The Silence of a Falling Star Lights Up a Purple Sky recorded December 5, 2017 at Patrych Sound Studios (Bronx, NY)

Support for this CD has been graciously provided by the Aaron Copland Fund for Music, the Alice M. Ditson Fund, the Fritz Reiner Fund, and Akademie Schloss Solitude.