Robert Honstein: An Economy of Means 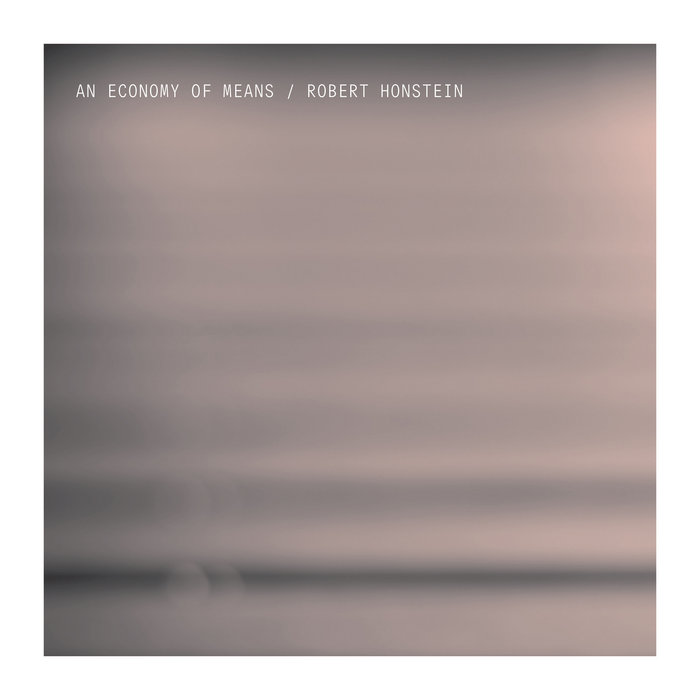 In his insightful liner notes for Robert Honstein’s An Economy of Means, pianist Timo Andres writes, “isolation can also be an end in itself, spareness an aesthetic impetus.” From the opening fluorishes of the title work for vibraphone, played here with bravura by Doug Perkins, we hear compositional patience and restraint. Honstein limits his materials with discipline, finding “hidden pathos in clean, well-lighted places”(also from Andres’ essay). Subtle of changes become the source of that pathos — an extra repetition in a running passage or a brief harmonic turn sideways. Honstein uses preparations on the vibraphone, shifting timbre similarly to how one might use an alternative manual on a harpsichord. In the first and second movements, the addition of vibrating material to the face of the vibraphone creates shimmering, wave-like sounds. Within this economical presentation of material, “Cross-Fit”, the playful fourth movement, stands out as a radical structural adjustment. Here, the preparations on the vibraphone evoke steel drums, demonstrating the widest timbral palette in the multi-movement piece. “Broken Chords” contains flowing, overringing lines which shift harmonic areas subtly, turning an unexpected corner here, retreating there. The work closes with “Bow Lines”, a meditative bowed vibraphone texture, with preparations on the face of the instrument shimmering sympathetically with its bars. Grand Tour also explores the solo journey of a multi- movement piece, and does so with a similarly spare approach, despite its occasional virtuosic outbursts. The work is a travel log of sorts, an internal dialogue with the city of Venice, a city that certainly comes with its share of historical, and musico-historical associations. Honstein engages with those associations without being swallowed up by them — take for instance the moto perpetuo descending passages of the second movement, “Strada Nuova”, evocative of driving Baroque textures, while subverting regularity with rhythmic displacement. “Palazzo” opens with a motive evocative of the Rococo style, but develops it in all the “wrong” ways, getting stuck on one grouping, inflecting a sequence a few iterations too long, or following a chromatic thread that threatens to send the music right off the edge of the keyboard. It is a remarkable movement that truly captures Grand Tour’s somewhat uneasy relationship to being a tourist in Venice, with the complex dynamic between commercialism and the city’s history that is bound up in the experience. The slow, austere build of “Cruise Ship” eventually opens up into full-throated expressions of wonder and glory for this storied city, a refreshingly “grand” approach to piano writing one rarely hears among contemporary compositions for the instrument. “Passeggiata” begins as a simple minuet but then follows the introspective wanderings we heard in “Palazzo”, bringing us inside the mind of a reflective traveler. “Lagoon” evokes the flowing waterways that give Venice its character and romantic allure — as the movement grows, we hear the drama of waves crashing in a storm. The work ends as it began, with “Per”, a disembodied examination of the self that frames the wide range of emotion through the Ground Tour with question marks. Karl Larson is persuasive throughout, playing with drama and exuberance when it’s called for, and restraint in the most inward moments.

All tracks mastered by Andreas K. Meyer at SwanStudios NYC.